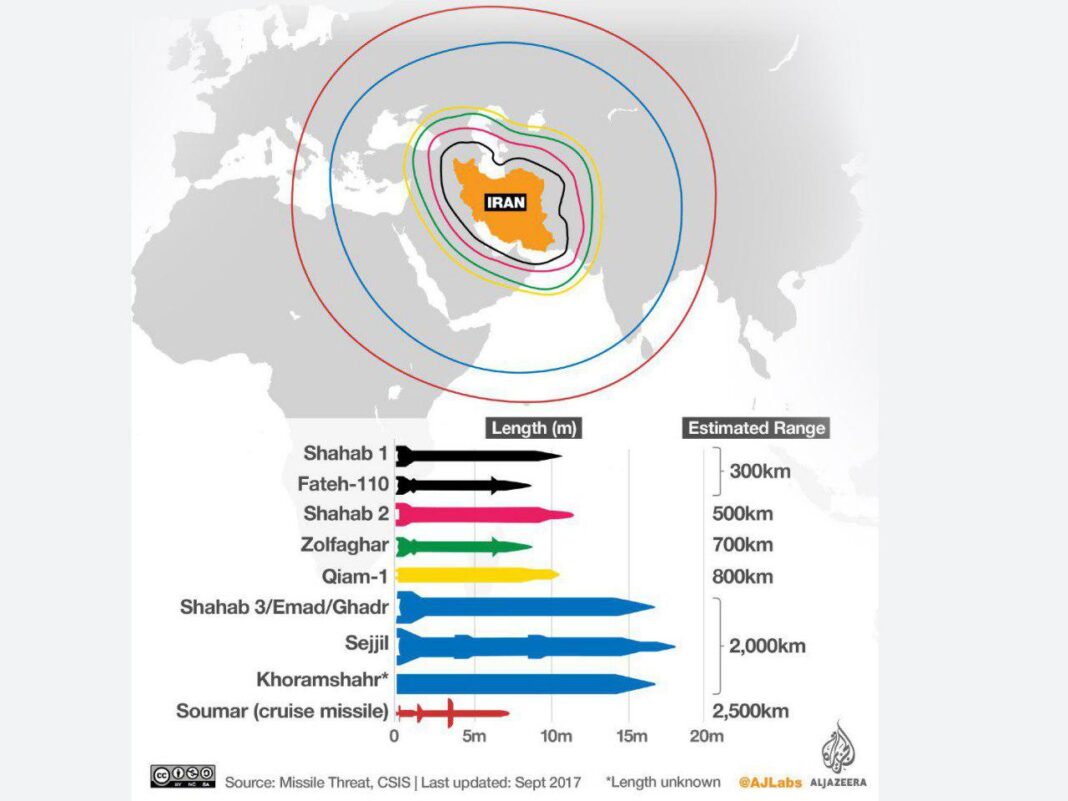 Iran’s Foreign Ministry Spokesman Bahram Qassemi has dismissed recent remarks by French President Emmanuel Macron about Iran’s missile program, saying the comments were made with an unrealistic and biased approach to regional developments.

Macron on Wednesday said Iran’s ballistic missile program must be placed under international surveillance, adding that the use of Iranian-linked missiles in Yemen and Syria needed to be addressed because they were a security problem for French allies.

In a statement on Thursday, Qassemi rejected Macron’s remarks, saying the Islamic Republic of Iran favours the realization and consolidation of peace and security of [its] neighbours and in the sensitive and volatile Middle East region.

“To that end, and by observing its unchangeable principles of boosting stability and security for itself and its neighbours, Iran has been making every effort to fight security and destabilizing threats posed by terrorist groups,” said Qassemi.

He said the actions taken by Iran in fighting the ISIS terrorist group and Takfiri terrorism has been at the request of some governments with the cooperation of other regional states.

“These measures are not only not in violation of international regulations, but also contributed to the establishment of peace in the region and the maintenance of the national sovereignty and integrity of the governments facing ISIS threats.”

“Those actions also helped promote global peace and security and protect innocent people in other countries, including France. Undoubtedly, these countries should appreciate the efforts by the Islamic Republic of Iran,” the spokesman added.

Qassemi underlined that recent remarks by the French president are based on a sort of prejudgment and unrealistic view of the regional developments.

“Having such a biased approach will not help ameliorate the situation,” he said.

“With a logical and realistic view, and by understanding the situation in today’s Europe, and especially given the situation in France after Mr. Trump became president in the US, Iran expects Europe to be able to take more precise steps to promote peace and security in line with the path of convergence and independence while having a realistic understanding of developments in the world and in this sensitive region,” said Qassemi.

He further noted that Iran’s missile capabilities are within the framework of the country’s military doctrine, which is based on a policy of defence and deterrence, adding the real danger is posed by the race involving the US and some European countries to sell modern and sophisticated weapons to certain countries in the region.

“This (sales of arms) is a provocative move, and the stockpiling of these weapons and the reinforcement and expansion of numerous arsenals, insecurity and instability will increase in the region,” the spokesman noted.

“By drawing on historical experiences, especially the bitter experiences of the past several decades, including the aggression and military action by a dictatorial regime fully armed with weapons supplied by many world countries, especially certain European countries, which French officials are well aware of, the Islamic Republic of Iran will never allow others to make comments or efforts with double standards in order to undermine the peace-seeking defence and deterrence capability of Iran, and to rehash concerns about Tehran’s defence power while arming other regional countries with different types of ultra-modern weapons,” said the spokesman.

“For years, Iran has been the initiator of efforts to make security arrangements in cooperation with the Persian Gulf countries in a bid to establish stability and security within the framework of cooperation among all countries in the region, and rejects as unacceptable the fake and imaginary worries of transregional countries about Tehran’s defence capabilities,” said Qassemi.