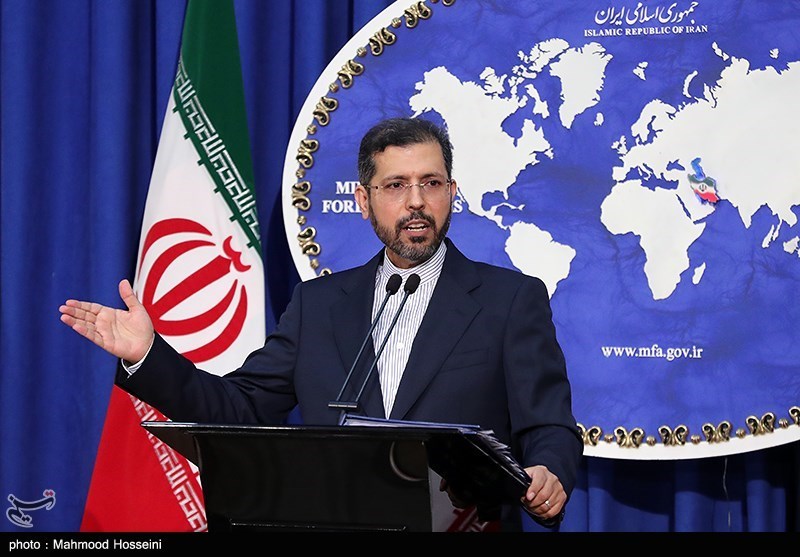 Iran has dismissed as groundless a statement by the Group of 7 which blames Tehran for the attack on an Israeli-managed ship off the coast of Oman.

“We categorically condemn the unfounded statement by G7 foreign ministers and the European Union’s high representative for foreign affairs and security in which baseless accusations have been levelled against the Islamic Republic of Iran,” said Iranian Foreign Ministry Spokesman Saeid Khatibzadeh.

“It is noteworthy that the scenario of this incident played out only a few days before the swearing-in ceremony of Iran’s new president, which is a manifestation of the democratic transition of power in Iran,” he explained.

“Such baseless scenarios, which are usually developed by the Israeli regime, are aimed at stirring up tension, and are unfortunately believed by those who are ready to draw unreal and unwise conclusions,” said Khatibzadeh.

“In fact, those who are familiar with the history of this region are no strangers to such conspiracies by the Israeli regime at different points in time,” he noted.

“The Islamic Republic of Iran has been fully committed to ensuring the security of the strategic Persian Gulf waterway and the Strait of Hormuz, and regards it as part of its own security and remains ready to work with the regional countries to establish and ensure a lasting collective security system in the region,” he noted.

Meanwhile, he added, Iran will not hesitate one iota to defend its sovereign rights in that domain.