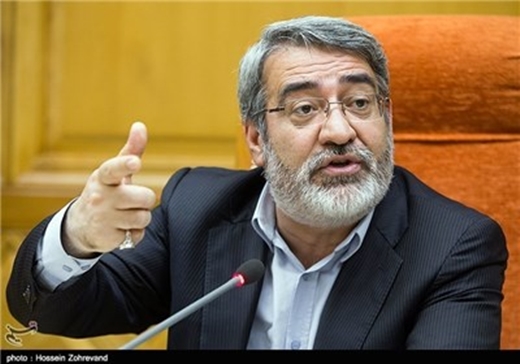 Every country should decide on its own internal affairs, Rahmani Fazli said in a meeting with Kerman’s Friday prayer leader Ayatollah Yahya Jafari.

Iranian Interior Minister Abdolreza Rahmani Fazli stressed that Tehran has adopted a neutral position on the ongoing conflict in Turkey between the central government and Kurdish fighters.

There is unrest in Turkey’s border areas due to the country’s stances on Syria and its support for the so-called Islamic State in Iraq and the Levant (ISIL) terrorist group, Rahmani Fazli said in a meeting with Kerman’s Friday prayers leader Ayatollah Yahya Jafari.

Kurdish people residing in border areas have practically become a threat to the central government, he added.

The minister pointed to Iran’s stance on the conflict between the two sides in Turkey, saying that Tehran has frequently declared neutrality.

“Every country should decide on its own internal affairs,” he noted.

Rahmani Fazli reiterated Iran’s support for Syria, Yemen and other Muslim countries around the world.

Iran’s police chief said on Monday the country’s northwestern borders have been temporarily closed by order of the Supreme National Security Council (SNSC) in an apparent response to unrest in neighboring Turkey.