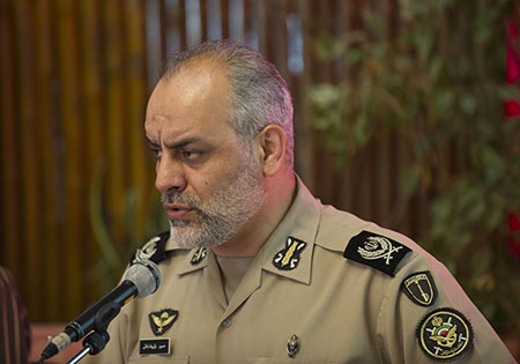 Speaking to IRNA, the general said the issue of training Iraqi officers was discussed in a recent visit to Tehran by Iraqi Defense Minister Khaled al-Obeidi.

Al-Obeidi paid a visit to Tehran on December 29 and called for more support from Iran for Iraq’s armed forces, saying cooperation between the two forces is a strategic need.

In response to a question whether the Iranian army has a program to train Iraq’s Kurdistan peshmergas, Valivand said DAFOOS is an elite military academy and is ready to cooperate with armed forces of friendly countries.

‘When our Defense Ministry signs a security defense contract with a country, then we can train officers of that country or send staff for training,’ said the general, adding that officers from Oman, Pakistan, and Syria are currently being trained in Iran.