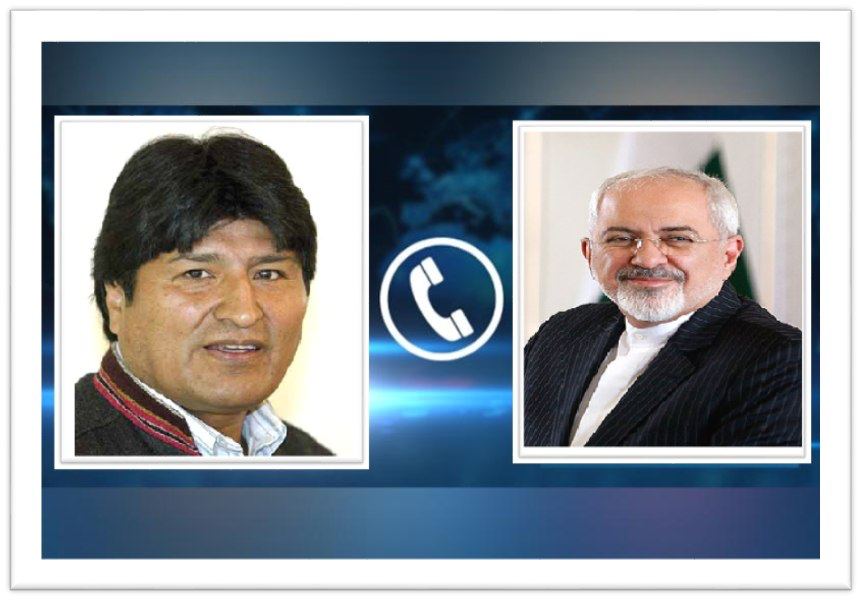 Iranian Foreign Minister Mohammad Javad Zarif held phone talks with Evo Morales, the former president of Bolivia and the leader of the party that won the country's recent elections.

In the Wednesday phone conversation, Zarif congratulated Morales on his party’s victory in Bolivia’s political scene, and wished success for the country’s new government.

Luis Arce, from the Movement for Socialism Party, bagged more than 50% of the votes, making him the new president.

Morales has vowed to return from exile now that his ally has won the election.