Iran Ready to Boost Ties with China within ‘One Belt, One Road’ 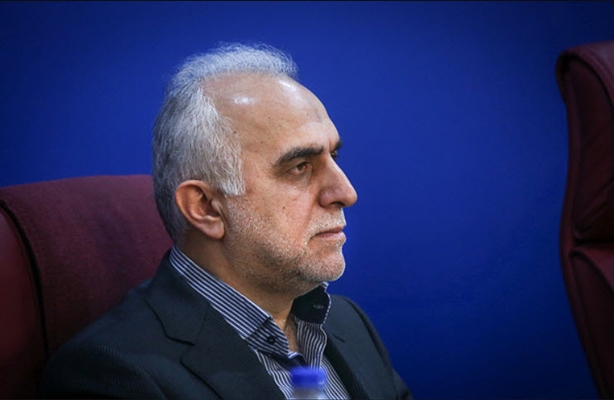 Iranian Minister of Economic Affairs and Finance has called for expansion of mutual ties between Iran and China in all areas within the One Belt, One Road Initiative.

Addressing a Monday seminar on the Chinese initiative “One Belt, One Road” in Tehran, Farhad Dezhpasand said the plan goes beyond the field of transportation, covering a wide range of hardware and software areas including roads, oil and gas, economic free trade zones, information technology and communications, human resources, energy, tourism and finance.

He also described Iran-China mutual ties as deep and strategic and said the Iranian president is very much eager to expand his country’s ties with China.

The Iranian minister then said Iran and China enjoy unique capacities to establish further cooperation and added the capacities could be used both in line within One Belt, One Road Initiative and mutual communications.

Dezhpasand also referred to reaching a consensus among all Iranian executive bodies as well as banking systems on the One Belt, One Road plan as the main goal of holding the seminar.

“It goes without saying that the seminar serves only as a starting point for taking a long road for further mutual cooperation with China in all areas,” he said.

The minister also referred to his latest visit to China and added during his stay in China, he shared with Chinese officials the idea of establishing a strategic studies center with a focus on Iran and china economy “which was warmly welcomed by the Chinese side”

“We don’t want to restrict the scope of our mutual ties with China to a limited number of projects because we have a long-term plan to expand our ties in all areas,” he noted.

According to Dezhpasand, Iran is set to develop a comprehensive plan for expansion of ties with China.

The seminar was attended by Chinese ambassador to Iran as well as delegates from various Iranian ministries and executive bodies. During the seminar, a number of delegates delivered speeches on ways to expand ties between Iran and China.

The Belt and Road Initiative also known as the Silk Road Economic Belt is an economic strategy developed in 2013 by China.

It involves infrastructure development and investments in 152 countries and international organizations in Europe, Asia, Middle East, Latin America and Africa.

Belt refers to the overland routes for road and rail transportation, called “the Silk Road Economic Belt”; whereas “road” refers to the sea routes, or the 21st Century Maritime Silk Road.