Iran Ready to Expand Ties with Kyrgyzstan in All Fields: FM 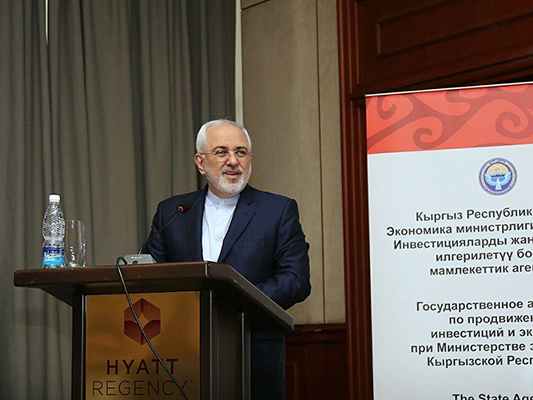 Iranian Foreign Minister Mohammad Javad Zarif says the Islamic Republic sees no limit to the reinforcement of its ties with Kyrgyzstan, and is prepared to promote mutual cooperation in all fields.

On the third and final leg of a regional tour, which earlier took Zarif to Turkmenistan and Georgia, the Iranian foreign minister arrived in the Kyrgyz capital on Tuesday evening.

Addressing a conference in Bishkek on Iran-Kyrgyzstan economic cooperation on Wednesday, Zarif hailed the age-old relations between the two states, and highlighted the commonalities in culture, religion, faith, geography, and historical background.

“During the past 25 years, the two states have had official diplomatic ties based on unbreakable historical bonds, and this is particularly significant,” the Iranian top diplomat added.

Zarif further offered his congratulations on the 25th anniversary of the beginning of diplomatic ties between Iran and Kyrgyzstan, and stressed that the Islamic Republic was one of the first countries to recognize the Central Asian state’s independence.

The two states have always had friendly relations, Zarif noted, adding that Iran never forgets those who remained its friend in hard times.

Zarif pointed to the Iranian president’s “very successful visit” to Kyrgyzstan in December 2016, which led to the signing of several documents, and said, “Following the visit, the grounds are now totally prepared for the expansion of mutual cooperation between the two sides.”

“Cooperation between Iran and Kyrgyzstan is possible in various fields such as technology and advanced sciences, energy, construction, agriculture, animal husbandry, industry, mining, and other fields.”

He noted that he is accompanied by two high-ranking business delegations from public and private sectors, and stressed that they are in Bishkek to initiate or reinforce their cooperation with the Kyrgyz side.

“I hope the grounds would be prepared, either in this meeting or in bilateral negotiations between Iranian and Kyrgyz businessmen and entrepreneurs, for signing new agreements and pursuing the implementation of previous deals,” he added. 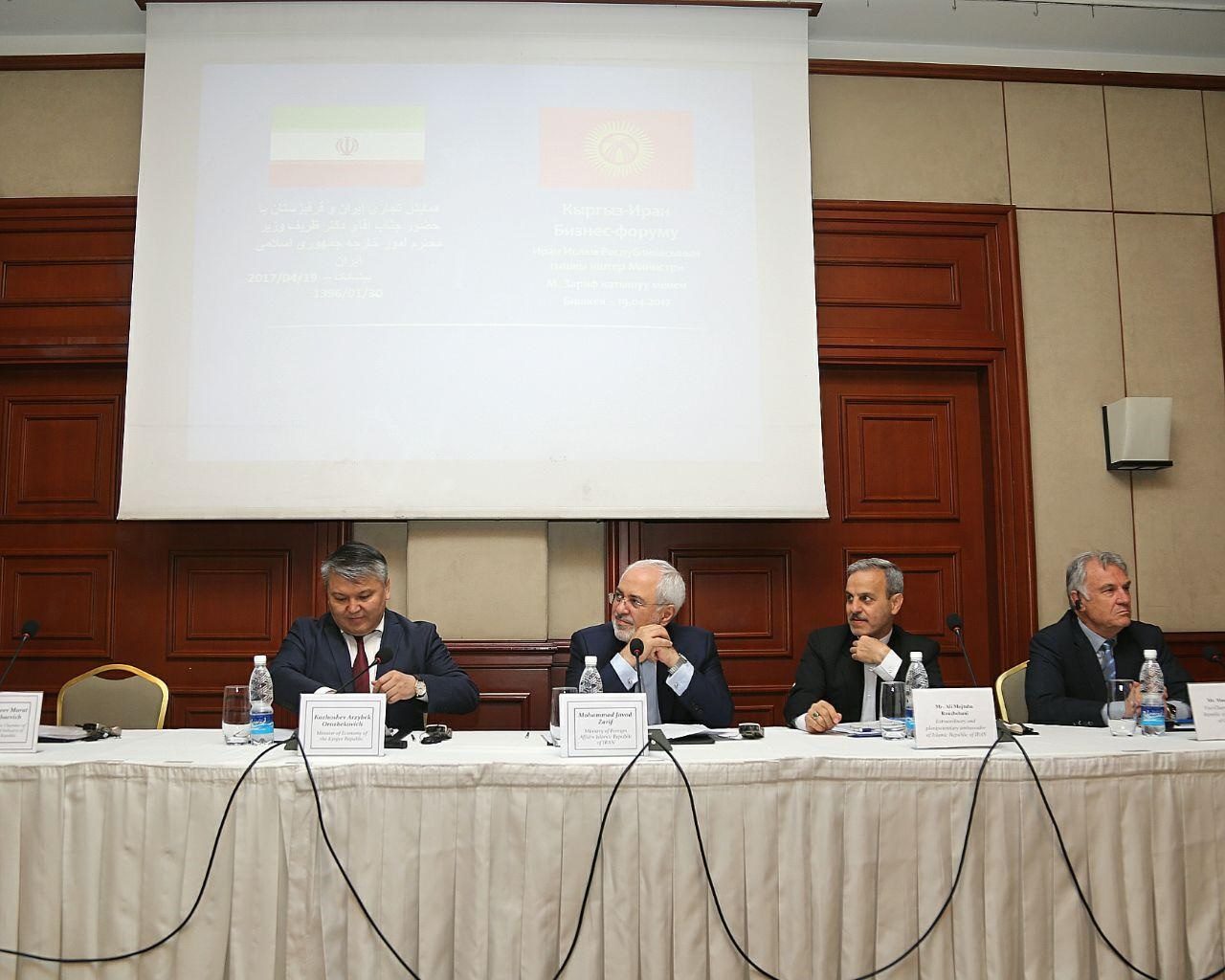 Iran Sees Kyrgyzstan’s Security as Its Own

Elsewhere in his remarks, Zarif stressed that the Islamic Republic sees Kyrgyzstan’s progress, development, security, and stability as its own since “we are not only living in the same region, but also the historical bonds, religious and cultural interests have connected us together.”

“At a time of chaos, when the region and the world are threatened by the danger of extremism and terror, mutual cooperation and expanding the culture of tolerance are among the most important ways to counter extremism and terrorism,” he went on to say.

Such cooperation, Zarif added, not only can secure people’s prosperity and happiness, but also would prevent the spread of terrorism and extremism.

“We see no limit to our ties with Kyrgyzstan, and we are prepared to reinforce bilateral relations in all fields,” he added.

The Iranian foreign minister further underlined the need for more serious actions in monetary and banking interactions to facilitate the ties between entrepreneurs, and expressed the hope that the deals between Iranian and Kyrgyz central banks would pave the way for the private sector’s increased activities.

Later in his one-day visit to Bishkek, Zarif will meet Kyrgyz president and prime minister, hold a press conference and join his counterpart in an official banquet.