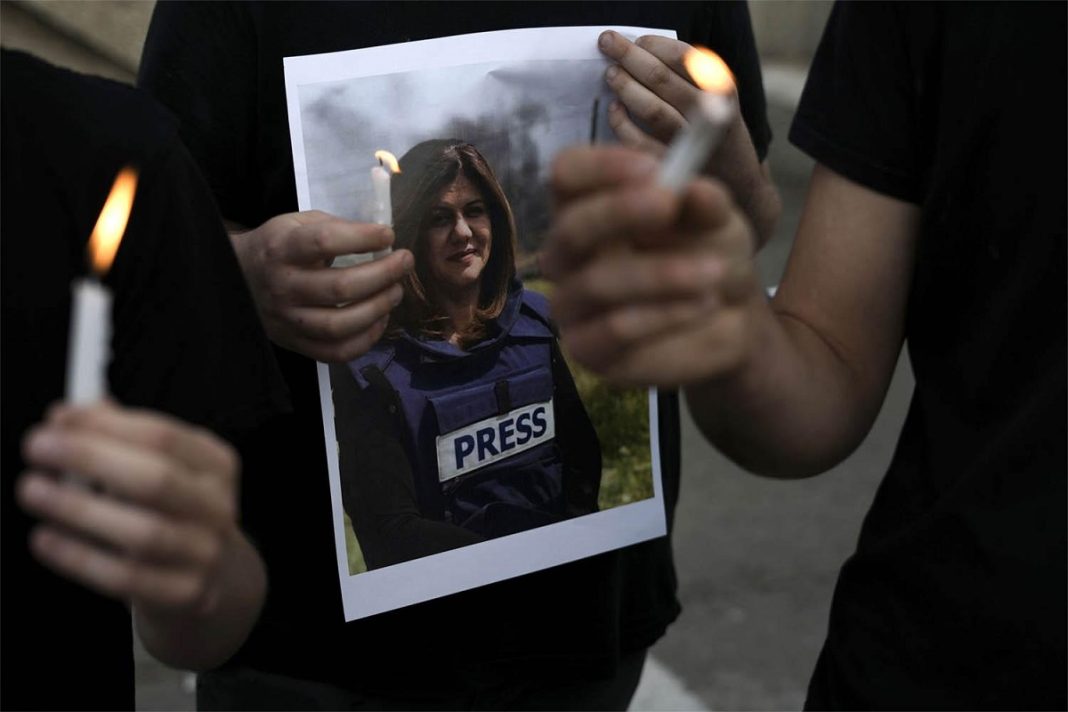 Iranian Foreign Minister Hossein Amir Abdollahian has met with his Qatari counterpart during the visit of the Persian Gulf country’s emir to Tehran in Thursday.

During the meeting, the top diplomats of Iran and Qatar condemned the brutal killing of Shireen Abu Akleh the Qatari television channel’s correspondent by the Zionist regime.

They attributed the continuation of the acts of terror and atrocities by the Zionist regime to lack of serious action on the part of international and human rights organizations and also to their double standards regarding human rights abuses in Palestine including the targeted killing of journalists.

The foreign ministers of the Islamic Republic of Iran and Qatar then noted that when she was martyred, the Palestinian journalist was wearing a journalist vest.

They added that the cold-blooded act by the Zionist regime shows Tel Aviv is opposed to freedom of speech and is seeking to cover up truth and its terrorist crimes in Palestine.

In the meeting, the Iranian foreign minister offered condolences over the martyrdom of Ms. Shireen Abu Akleh to her family, the resistant people of Palestine, the Christian community there and media outlets.

Amir Abdollahian also handed over a memorial plaque to the Qatari foreign minister to give it to Abu Akleh’s family in Palestine.

Abu Akleh was shot dead by Israeli troops while she was covering a military raid in the city of Jenin in the occupied West Bank on Wednesday.