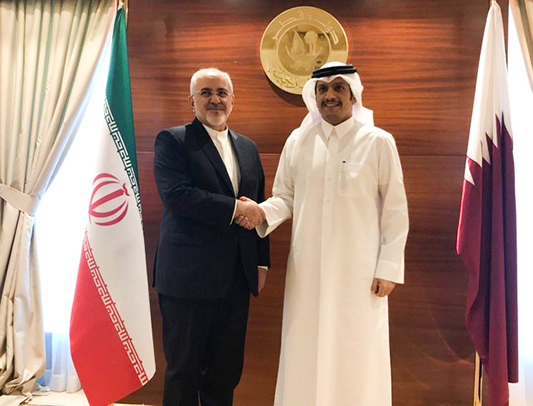 During the Tuesday meeting, which was also attended by Qatar’s economy minister, Zarif and the Arab country’s FM discussed bilateral ties with a focus on economic cooperation and the current situation of Persian Gulf littoral states.

Zarif voiced Tehran’s preparedness to have long-term cooperation with Qatar and turn the country into its economic partner.

Sheikh Mohammed, in turn, said he is ready to sign the agreements earlier reached between Tehran and Doha.

He also noted that Qatar plans to develop its economic cooperation with Iran along with the promotion of political ties.