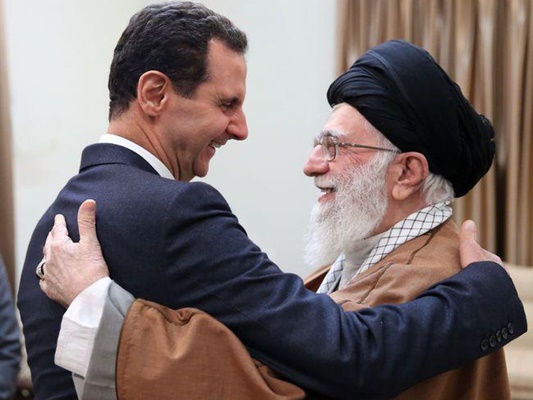 Leader of Iran’s Islamic Revolution Ayatollah Seyyed Ali Khamenei has praised the resistance of Syrian people in the wake of enemy plots, saying Iran is deeply proud of backing Syria.

In a meeting with Syrian President Bashar al-Assad in Tehran on Monday, Ayatollah Khamenei underlined that the Islamic Republic views support for Syrian government and nation as support for resistance front and prides itself heartily on its support.

The leader then said the Islamic Republic has stood behind the Syrian government and nation since the beginning of the crisis in the country and added through resistance of its people and government, the Arab country managed to stand against a big alliance led by the US and its regional allies.

“The US is outraged by the victory of the resistance front and is seeking to hatch new plots against it. The US’ plan to create a buffer zone in Syria is part of the dangerous plots which should be rejected and foiled resolutely,” he said.

Ayatollah Khamenei also said the enemies have mistaken Syria for certain Arab states and added unlike those states, Syria defied the US and its domination.

He then addressed Syrian President directly saying “through your brace resistance against the enemies, you have turned into a champion for the Arab world and emboldened regional resistance.”

The Iranian leader also stressed that like previous years, the Islamic Republic will stand behind the Syrian nation.

For his part, the Syrian president thanked the Islamic Republic for its unconditional support over the past years and said the war in Syria resembled the eight-year war imposed on Iran by Iraq.

He also congratulated the leader and nation of Iran on the victory of the resistance front against the enemies in Syria.

Assad referred to the US and its regional ally’s efforts to create divisions among regional ethnic groups and religions and added the efforts have fired back and today, all ethnic groups in Syria have established close relations with each other and the government.