Iran to Protest at IAEA over Leakage of Secret Nuclear Documents 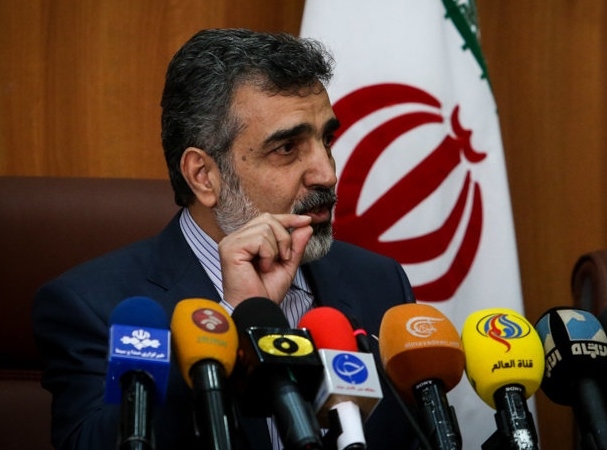 Spokesman for Atomic Energy Organization of Iran (AEOI) said the country is to send a letter of protest to the International Atomic Energy Agency (IAEA) on a news story published by the American news agency Associated Press (AP) about Iran's nuclear program.

“We think the documents released by the AP have been disclosed by the IAEA,” Behrouz Kamalvandi said, adding the information had to be kept secret.

Kamalvandi told IRNA on Sunday, July 24, that the letter of protest will be sent to the IAEA by Iran’s representative to that Agency.

The remarks came one day after a member of Iranian Parliament’s National Security and Foreign Policy Commission said that ‘serious security measures’ were needed to be taken in order to prevent the IAEA and the western sides from publishing Iran’s confidential documents.

Elsewhere in his remarks, Kamalvandi pointed to Iran’s negotiations with the Russian side for the sale of 40 tons of heavy water, saying “I am currently in talks with my Russian counterpart Mr. Spassky and my fellow colleagues in Vienna are also in the talks about this issue.”

He went on to say that the price has not been finalized yet and the sides are negotiating to reach an acceptable price.