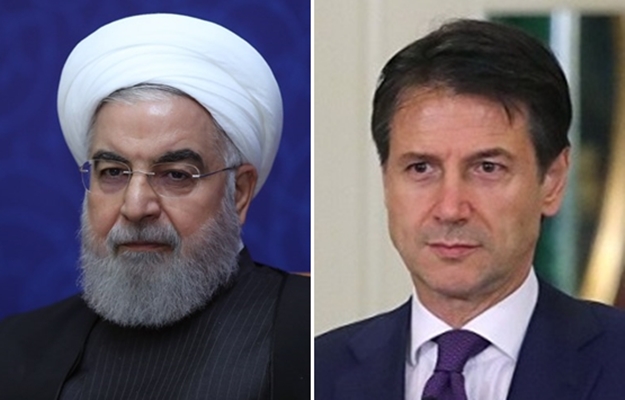 President of the Islamic Republic of Iran Hassan Rouhani has called for collective efforts to curb the American policies that create tensions and to counter Washington’s strategic mistakes.

In a telephone conversation with Italy’s prime minister on Thursday, President Rouhani and Prime Minister of Italy Giuseppe Conte discussed the most important issues pertaining to the bilateral, regional and international developments.

The two heads of state also highlighted the deep-rooted friendship between the Iranian and Italian nations, and stressed the need to use the two countries’ capacities to enhance the mutual ties and strengthen regional peace and security.

Responding to the Italian prime minister’s expression of sympathy over the recent incidents in Iran, President Rouhani slammed the US government’s terrorist activities as a serious threat to regional security, and noted that the assassination of General Qassem Soleimani was caused by the American anger at the Iranian commander’s fight against terrorism and ISIS in the region.

“The regional nations are exasperated with the US measures, and we must all try to contain the tensions created and the strategic mistakes made by the perverse US government which result from its lack of knowledge, and to commit that country to the framework of law,” the Iranian president added.

President Rouhani also called on the European Union to adopt independent polices on the major regional issues, stressing, “Security in the region would be impossible unless everyone respects the law and tries to prevent a repetition of such crimes across the world.”

Pointing to the mutual cooperation between Iran and the European states, including Italy, on the major regional issues, the president said, “The European Union has a heavy responsibility regarding the global issues, and it must try to strengthen peace and stability in the region and the world, independent of the US’ wrong polices, and by adopting correct stances; and undoubtedly Tehran will stand by the union under such conditions.”

The regional problems must be resolved by the regional states, President Rouhani underlined, saying the Iraqi Parliament’s resolution on the expulsion of American forces from the Arab country was a “clear and decisive response” to the US interference and terrorist measure.

For his part, Conte said the Italian government understands the great Iranian nation’s anger and grief at the assassination of General Soleimani, and called for collective efforts to reduce the regional tensions.

“Italy will do its utmost to reduce the tensions and strengthen peace and stability in the region,” he noted.

The Italian premier also highlighted the significance of the JCPOA, and stressed the need to save the international agreement despite the US obstructionism.