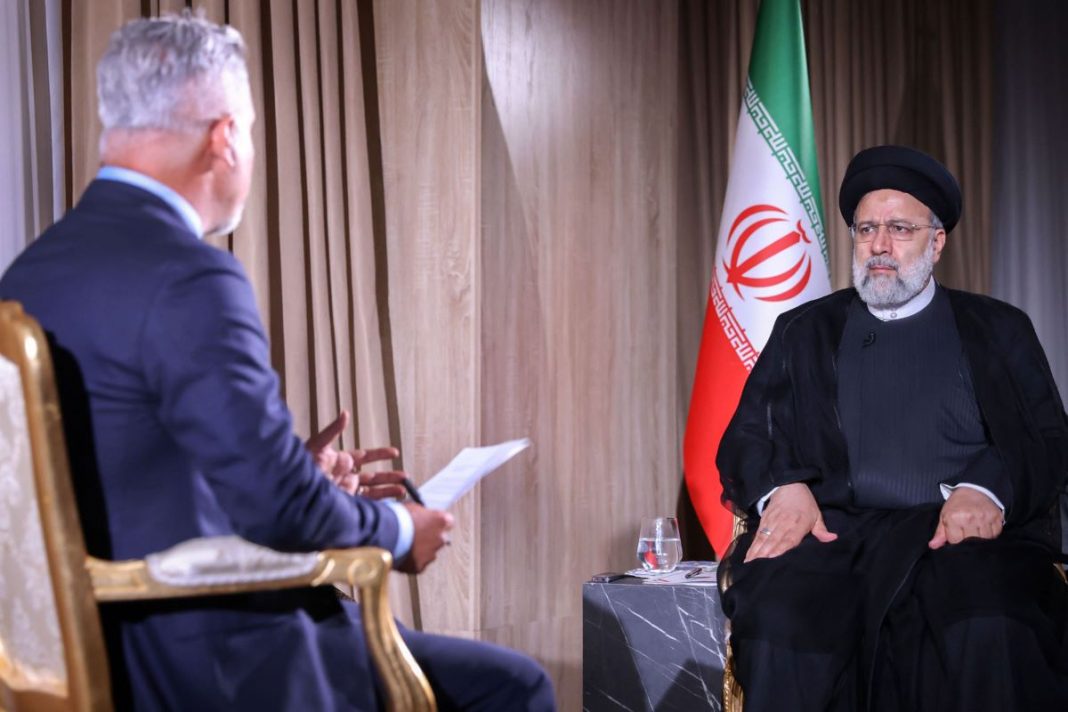 Iranian President Ebrahim Raisi has said US sanctions must be lifted as a prerequisite to the revival of the Iran nuclear deal. He called for the resolving of safeguard issues between Iran and the International Atomic Energy Agency.

Raisi made the remarks in an interview with Qatar’s Al Jazeera television network.

When asked about the potential of direct talks between Iran and the United States over the deal, he said, “Direct talks with the US over the nuclear agreement is of no avail.”

The deal, officially known as the Joint Comprehensive Plan of Action (JCPOA), came about in Vienna following marathon direct negotiations between Iran and the P5+1 group of countries that comprised the US, the UK, France, Russia, and China plus Germany.

Upon conclusion, the JCPOA was hailed by the United Nations and the European Union, which coordinated the talks, as a pillar of regional and international peace and security.

The US, however, left the deal in 2018 and returned the sanctions that the accord had lifted. In doing so, Washington violated the deal’s multilateral nature and the fact that it has been ratified by the UN Security Council in the form of a resolution.

Raidi also censured a raft of new sanctions that Washington has imposed on Iran, asking, “If Washington is after an agreement, why does it apply new sanctions during the course of the nuclear talks?”

He noted, “We are determined to put up a decisive defense of Iran’s and its people’s rights” during the negotiations.

He added potential fresh removal of the American sanctions has to be accompanied with relevant “guarantees.”

Iranian officials have, time and again, asserted that upon potentially lifting the sanctions, Washington should be able to guarantee that it would not return the bans again.

Elsewhere in his remarks, the president insisted that for the talks to move on, the “safeguard issues” between Iran and the UN nuclear watchdog, the IAEA, have to be resolved.

Iran ratified the Nuclear Non-Proliferation Treaty (NPT) in 1970, which requires non-nuclear-weapon states to accept comprehensive safeguards that are demanded by the UN agency.

Also, as a goodwill gesture, Iran voluntarily chose to have extensive cooperation with the IAEA, beyond the safeguards agreement.

Back in June, Tehran decided to stop the voluntary cooperation, while stressing that its commitments under the agreement would continue.

Iran and the IAEA are currently locked in a dispute triggered by the agency’s Israeli-influenced accusations, which were leveled against Tehran’s peaceful nuclear activities just as the Islamic Republic and other parties to the Iran deal appeared close to an agreement on reviving the JCPOA.

Iran asserts that an agreement on the revival of the nuclear deal hinges on the settlement of safeguards issues between Tehran and the IAEA and that without settling those issues, reviving the accord makes no sense.

Raisi also stated the West has to ask the Israeli regime to stop its nuclear weapon program instead of picking on Iran over its peaceful nuclear activities.

“Before asking us to stop our nuclear activities, the West has to make this demand on the Zionist regime that owns weapons of mass murder,” he added.

The occupying regime, which pursues a policy of deliberate ambiguity about its nuclear weapons, is estimated to have 200 to 400 nuclear warheads in its arsenal, making it the sole possessor of the non-conventional arms in West Asia.

The occupying entity has, however, refused to either allow inspections of its military nuclear facilities or sign the NPT. A total of 191 countries, including Iran, have joined the international pact, which was founded in 1970 with the aim of promoting peaceful nuclear energy programs and pursuing nuclear disarmament around the world.

The Iranian president, meanwhile, touched on ongoing talks between Iran and Saudi Arabia that seek to mend the differences between the two sides.