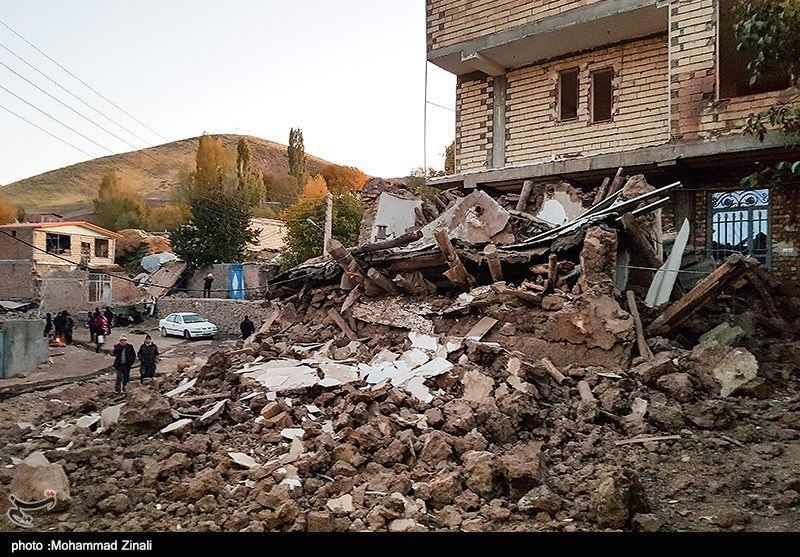 President Hassan Rouhani has issued an order to mobilise all facilities to provide rapid and effective relief to earthquake-hit areas, and meet the immediate and urgent needs of earthquake-hit people in the country’s East Azarbaijan province.

At least five people were killed and hundreds injured after a moderate quake struck north-western Iran.

A number of houses were destroyed by the 5.9-magnitude tremor which occurred in the early hours of Friday in East Azarbaijan province.

Following the Friday earthquake, President Rouhani discussed the extent of the accident, the extent of the damage and the condition of the injured in a telephone conversation with the governor-general of the province.

During this phone conversation, Rouhani ordered the provision of effective and rapid relief to earthquake-affected areas, and called for the immediate and urgent meeting of the people’s needs.
He also stressed the use of all facilities by different organisations to expedite the provision of services and relief to the injured.

In turn, East Azarbaijan Governor-General Mohammad Reza Pourmohammadi reported the latest state of the province’s earthquake-stricken areas and the number of losses and casualties.

Pourmohammadi also emphasised that all facilities in the province’s crisis management headquarters have been mobilised to provide relief to earthquake-hit regions.