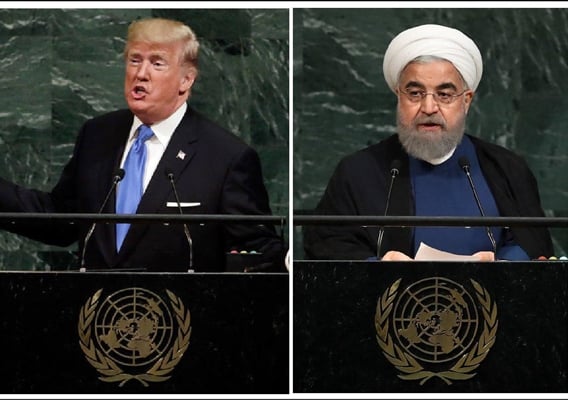 “During the last year visit of Hassan Rouhani to New York, Trump called us eight times but we didn’t respond,” said Mahmoud Vaezi, the presidential chief of staff, after a Cabinet meeting in Tehran on Wednesday.

The remarks came in response to Trump’s statement Thursday that he expects Iran to call him wanting to make a deal.

“Iran at some point will call me and ask for a deal, and we’ll make a deal,” he said. “They are feeling “a lot of pain right now,” he added.

Trump has hardened the US’ line on Iran, reviving a nearly-forgotten mantra that all options are on the table when it comes to Iran, including military ones.

Trump has also pulled the US out of the 2015 nuclear accord and is preparing to impose what he has described as “the highest level” of sanctions on Iran to push the country to renegotiate the nuclear deal.

Iran’s Foreign Ministry Spokesman Bahram Qassemi said Monday it will be Trump who has to make the call to begin talks with Iran.

“Maybe someday he will call Tehran and ask for negotiations – this is more likely,” Qassemi said.

“There were some signs of this in the past,” Qassemi said, referring to Trump’s rejected calls last September.

The Trump call was first reported by Qassemi himself shortly after Rouhani returned from New York.