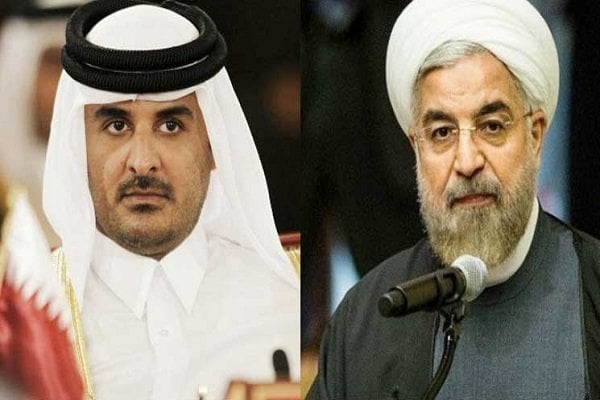 Iran’s President Hassan Rouhani has rejected the adventurous policies pursued by certain regional states, calling for negotiations to resolve the conflicts in the Middle East.

According to a report by the Iranian President’s website, he went on to say that the continuation of the policies will undoubtedly contribute to the ongoing problems particularly in Palestine, Syria and Yemen.

President Rouhani praised the Qatari nation and government for their resistance against the unjust pressure and threats and said the Islamic Republic of Iran views the current siege on Qatar as unjust.

He further called for enhancing mutual relations between Tehran and Doha and said there is no obstacle in the way of expansion of ties with the brotherly and friendly country of Qatar.

Rouhani also expressed hope that Tehran and Doha could take advantages of the current capacities to enhance their economic ties.

Elsewhere in his remarks, the Iranian president said today the Palestinians particularly the residents of the Gaza Strip are suffering from Israeli pressure and added Muslim nations’ support can relieve the suffering of the Palestinians.

He then referred to the Yemen crisis saying there is no military solution to the crisis.

“The recent attack on Yemen’s port city of Hudaydah has already led to a humanitarian crisis in the war-torn country. The continuation of the attack will put a huge pressure on the Yemenis,” he noted.

The Emir of Qatar, in turn, said his country is determined to enhance it mutual ties with Iran in all fields and added Qatar will never forget Iran’s support amid the current pressure exerted on the country.

“We maintain that all regional conflicts should be resolved through negotiations and no country is allowed to impose its hegemony over others,” he said.