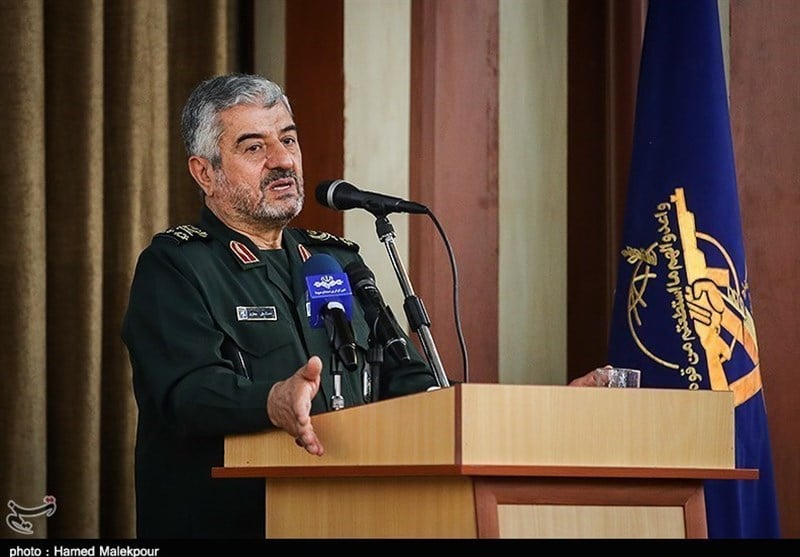 “The decisive defeat of Daesh (ISIL or ISIS) and collapse of their self-proclaimed caliphate in Syria and Iraq and the following gradual clearing of cities from terrorists and also the foiling of the plot of an independence referendum in Iraqi Kurdistan, thanks to the right and timely support and role of the Islamic Republic of Iran and astuteness of the governments and nations of the two (Arab) countries, put before the eyes of everyone the continuation of the victories of the Islamic Revolution and the Islamic Ummah (community) in today’s very sensitive and critical conditions,” Major General Jafari said Wednesday in a meeting with IRGC commanders and staff on the occasion of the new Iranian calendar year (started on march 21).

He added that the previous Iranian year of 1396 (March 2017-March 2018) was a year of triumph for the Islamic Revolution and the demonstration of the Iranian people’s insightfulness and the Islamic Republic’s power.

But the timely support by Iran helped the two Arab countries fight off Daesh.

In November 2017, Daesh terrorists were flushed out of their last stronghold in Syria’s Al-Bukamal. The city’s liberation marked an end to the group’s self-proclaimed caliphate it had declared three years earlier.

Iran also played a major role in persuading the Iraqi Kurdistan Region (KRG) to cancel the result of the independence referendum held in the region in September and remain committed to the unity and territorial integrity of Iraq.