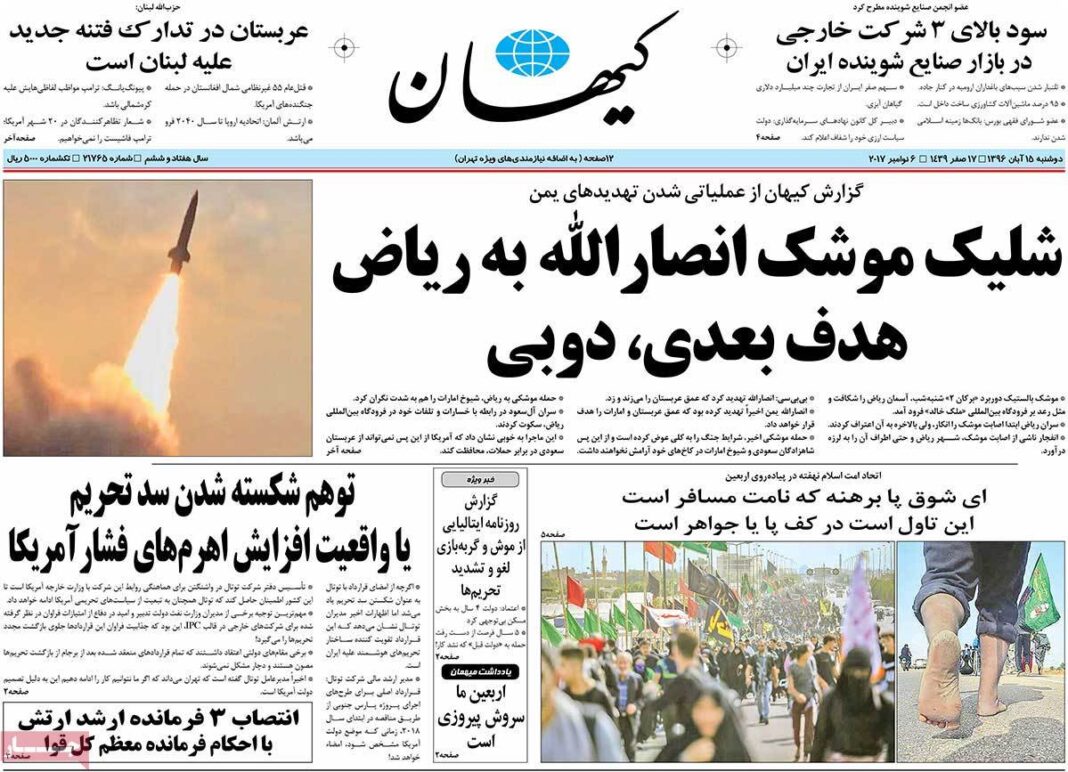 The conservative newspaper Kayhan has received an official warning by the body that supervises the Iranian press for its Monday headline about the next target of Yemeni missiles.

“Ansarullah’s Missile Targets Riyadh; Dubai Is Next Target” was the controversial and belligerent headline that appeared in the front page of Kayhan newspaper on Monday, November 6.

Later in the day, the Secretary of the Board Responsible for Supervising the Iranian Press said the headline was considered ‘against national security and interests’.

According to Seyyed Alaeddin Zohourian, the conservative paper has received an official note of warning for its headline, IRNA said in a Farsi report.

Kayhan‘s headline came a few hours after IRGC Chief-Commander Major General Mohammad Ali Jafari categorically denied the Islamic Republic’s involvement in the missile attack on Riyadh international airport, and stressed that it is not even possible for Iran to transfer any missile to Houthi Ansarullah fighters in Yemen.