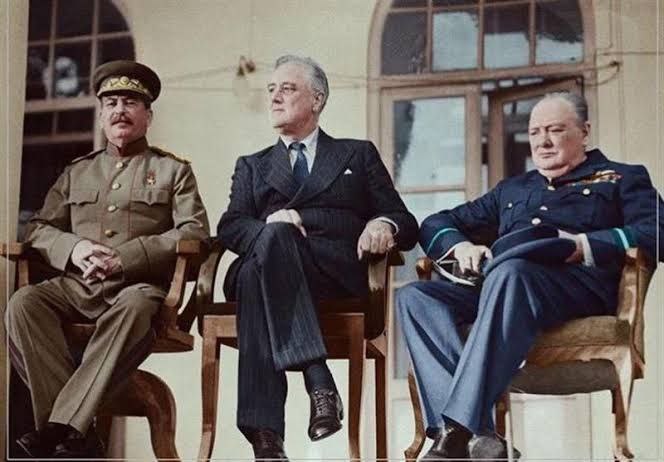 The tweet displays a reconstructed picture of the embassy during the Anglo-Soviet invasion of Iran in the 1940s.

“I saw an extremely inappropriate picture today,” wrote Zarif in a tweet.

“The Iranian people have shown—including during the JCPOA talks—that their destiny can NEVER be subject to decisions in foreign embassies or by foreign powers,” he added.

“The disrespectful move by the Russian and British ambassadors should be immediately followed up by the [Iranian] foreign ministry,” said the top parliamentarian.

“Both ambassadors should officially apologize for the move; otherwise, a strong diplomatic reaction will be necessary,” he added.

“[Russian Ambassador to Tehran] Levan Dzhagaryan’s meeting with the new head of the British diplomatic mission in Iran Simon Shercliff on the historical stair, where the 1943 Tehran conference was held,” reads the description of the photo.

Next to the mentioned photo is posted another picture showing former British Prime Minister Winston Churchill, former US President Franklin Roosevelt and ex-leader of the Soviet Union Joseph Stalinis sitting next to each other in the same exact place in the Russian embassy.