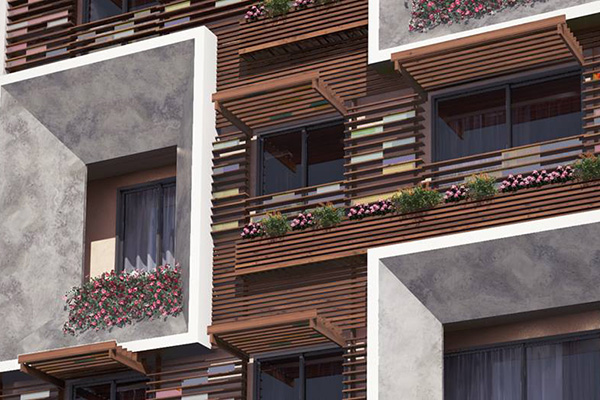 A project by two Iranian architects has been nominated for 2A Asian Architecture Award 2017 in Germany’s capital, Berlin.

Orsi Khaneh, designed and constructed by Nima and Sina Keivani (Keivani Architects), has been nominated for the 2A Asian Architecture Award in 2017 in Berlin.

According to a Farsi report by the Mehr News Agency, Nima Keivani, the manager of the Orsi Khaneh project, said the competition for Asian Architecture Award is organized by 2A Magazine.

“This year, the main event will be held on October 20 in Berlin and the nominees will receive their awards during the ceremony,” he said, adding the ceremony includes a conference and a prize-giving ceremony as well as an exhibition displaying the top designs.

According to Nima, the competition (2AAA) is held annually with the international support of academic and cultural as well as professional centres from Asia. The organizers mainly aim to introduce and support talented architects in Asia.

“Like previous years, this year’s edition is mainly focused on the approaches that the Asian architects adopt towards the contemporary challenges in urban engineering,” he said.

Nima Keivani also said some of these challenges are global but some others are regional and local deeply rooted in the cultural, economic, and social features of the regions in Asia.

“It goes without saying that the culture, history and identity of a region have been developed throughout thousands of years. These elements are now visible in the modern architecture of the regions. They are still alive. So, the competition is seeking to recognize the elements,” he said.

Orsi Khaneh Building draws on the traditional architecture of Iran. It can be viewed as the modern representative of Iranian old-time architectures at the international level.

Iranian architecture has managed to win international awards in the past including a bronze medal of A Design Awards and a silver medal of Inspireli Awards from International Union of Architecture.

Today, Iran’s architecture is being warmly received particularly by the media and specialized magazines across the world. This has caused many in Iran to hope that the Iranian architecture can revive its golden era as one of the top architectures in the world.

Nima and Sina Keivani have already won a silver medal of A Design Awards 2017 for their “Mehr Khaneh” project which draws on the traditional architecture of Iran.