Iran Declares One Day of Mourning after Quake Tragedy 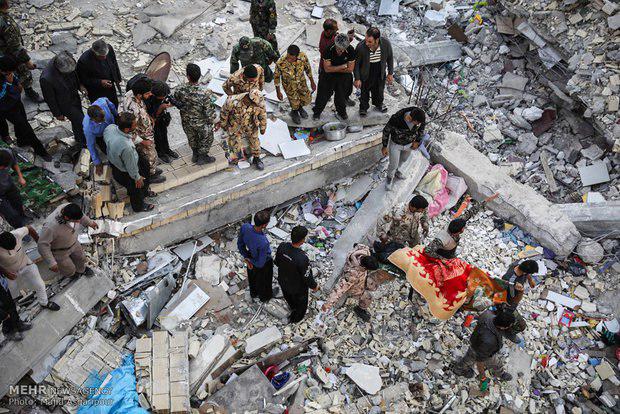 Iranian government has announced Tuesday a day of public mourning following the deadly quake in the western provinces of the country.

The Iranian government has issued a statement saying that the tragic earthquake in the west of the country, which resulted in the death, injury and displacement of a number of fellow countrymen in this region, especially in Kermanshah province, deeply grieved the Iranian nation.

“The Iranian government offers condolences over this tragic incident to the Leader of the Islamic Revolution, the Iranian people, especially the devoted people of Kermanshah Province, and the survivors of this sad incident in the west of the country.”

“The government of Iran also expresses sympathy to the wounded and wishes health for them.In order to pay respect to all the victims and sympathize with their honourable families and all the affected ones, November 14is announced as a day of public mourning across the country,” reads the statement.

At least 430 people were killed and over 7,000 injured after a 7.3 magnitude earthquake struck near the border of Iran and Iraq late Sunday.

The quake was so powerful that the tremors were felt as far away as Turkey, Kuwait, Pakistan and the UAE.