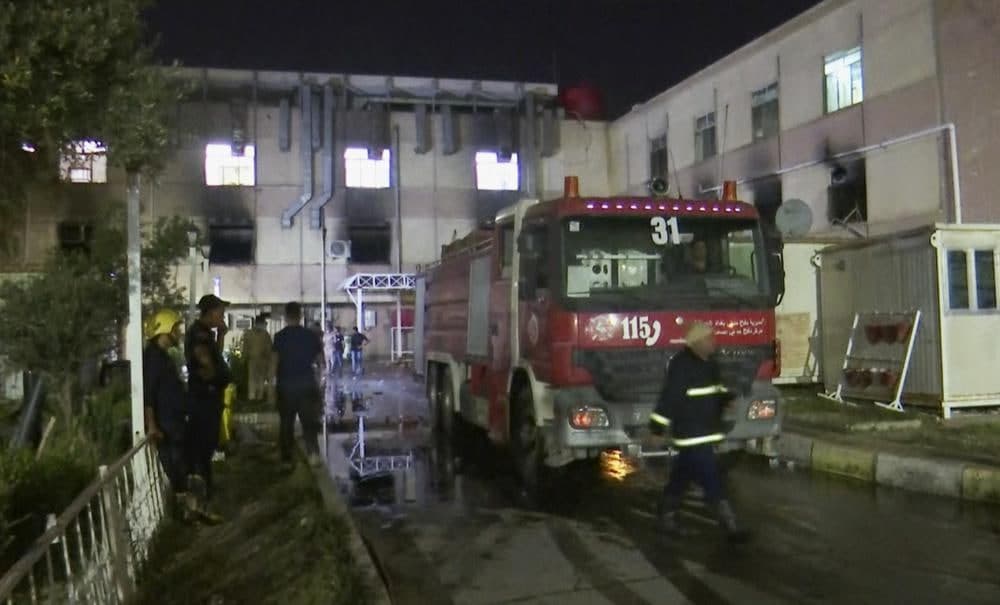 Iran has sympathised with Iraq over a deadly fire that hit Baghdad's Ibn Khatib Hospital and killed at least 82 people.

“I condole with the brotherly nation and government of Iraq and the families of the victims on the tragic incident and huge catastrophe of Baghdad’s Ibn Khatib Hospital,” Iranian Foreign Minister Mohammad Javad Zarif said in a tweet.

“I wish divine mercy for the martyrs of this incident and speedy recovery for the injured,” he added.

In his Sunday statement, Khatibzadeh also wished divine mercy for the martyrs of the incident, speedy recovery for the injured, and patience and divine rewards for the families of the victims.

At least 82 people were killed and 110 injured in a fire on Saturday at the hospital in southeastern Baghdad that had been equipped to house COVID-19 patients, AP reports.

The fire at the Ibn Khatib hospital in the Diyala Bridge area of the Iraqi capital occurred after an accident caused an oxygen tank to explode, the sources said.

Many ambulances were rushing towards the hospital, ferrying away those hurt by the fire, a Reuters photographer nearby said.

Patients not injured in the incident were also being transferred out of the hospital, the medical sources said.

The head of Iraqi civil defence unit said the fire broke out in the floor designated for the pulmonary intensive care unit and that 90 people have been rescued from the hospital out of 120, state news agency INA quoted him as saying.

Major General Kadhim Bohan added that the fire has been put out.

Iraq’s healthcare system, already ruined by decades of sanctions, war and neglect, has been stretched during the coronavirus crisis.

The total number of people infected with COVID-19 in Iraq is 102,5288 including 15,217 deaths, the health ministry said on Saturday.