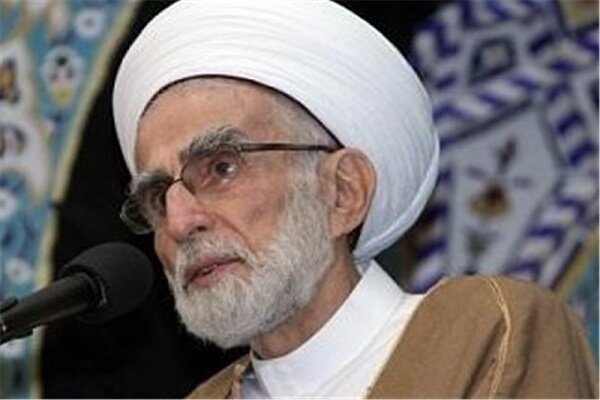 What follows is the full text of his message released on Wednesday:

The news of the passing of divine scholar and senior religious figure of Lebanon and the Muslim world and the Chairman of the Board of Trustees of the Association of Muslim Scholars Sheikh Ahmed al-Zain has caused grief and sorrow.

This prominent Muslim scholar, who was one of the fans and followers of the great founder of the Islamic Revolution and one of the lovers of the Islamic Republic of Iran, always supported unity and solidarity among the denominations and nations in the Muslims world, and with his wise and firm stances against the usurpers of the holy Quds, believed the only way to liberation from the wicked phenomenon of Zionism and extremism is Islamic unity and resistance.

I express condolences to the Muslim world, the resistant Lebanese nation, his respected family, students and those attached to him, on the loss of this sagacious scholar, and ask God Almighty to bestow patience upon the dear people of Lebanon and his respected family, and bless the soul of that late scholar.