Iran Not to Let US Hostility Harm Its National Interests: Araqchi 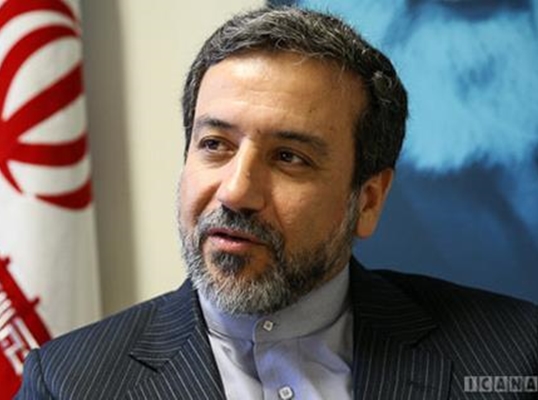 Iranian Deputy Foreign Minister for Political Affairs Seyyed Abbas Araqchi says Iran will not allow the United States’ hostility towards the county and the nuclear deal harm the interests of the Islamic Republic.

Asked about Iran’s possible response to the US government’s withdrawal from the nuclear deal next month, Araqchi says the Islamic Republic’s reaction is clear.

“We have already said and reiterated that the withdrawal of the United States will lead to the loss of Iran’s interests which will surely entail the strong reaction of the Islamic Republic of Iran. They will see how Iran is able to use its capacities to be promoted to a much higher status,” he underlined.

Araqchi made the comments in a Farsi interview with IRIB News Agency during his short stay in Rome where he met with his Italian counterpart Vincenzo Amendola on Wednesday.

The Iranian diplomat said there is still a long time left until May 12 and the European countries are busy holding talks with the United States.

“The rest of the countries are more or less in touch, and Tehran is in close contact with Russia and China as well.”

Araqchi further added that the Islamic Republic is ready for every possible scenario or any situation underlining that President Hassan Rouhani has given the necessary directives to the institutions and bodies involved in the economic, political and nuclear fields, and all are ready to react to any situation that may arise from Trump’s May 12 decision.

“The current critical condition, both in terms of regional issues and also regarding the JCPOA and its implementation needs to be continuously discussed with different countries, especially with European countries, who have a special link with the JCPOA and international affairs,” noted Araqchi.

“In the past few days, I visited different European capitals. Today, I had a lot of useful negotiations with my counterpart and Italian foreign ministry’s director general for political affairs, and then I will travel to Brussels and Oslo to finally join FM Zarif in New York.”

Zarif will leave Tehran on Thursday for New York to attend a high-level UN meeting on sustaining peace. He also plans to deliver a speech at the Council on Foreign Relations during his six-day trip.