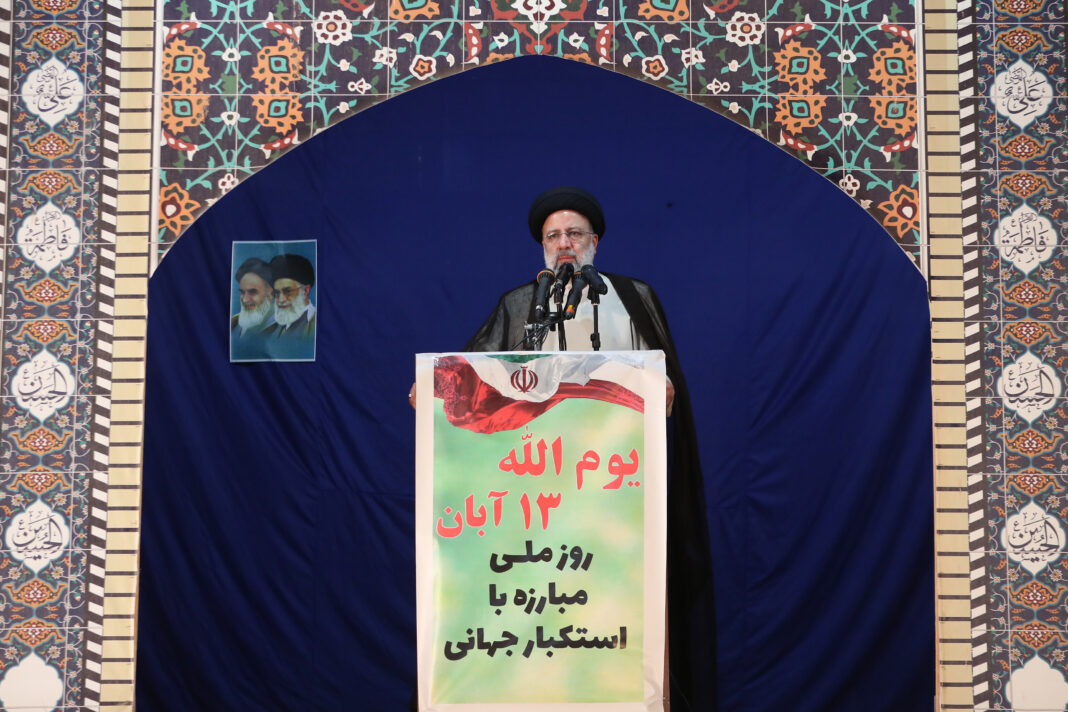 Iran’s president says the country will not leave talks on the 2015 Iran nuclear deal known as the Joint Comprehensive Plan of Action (JCPOA).

“As we have said before, we will not leave the negotiations, but will stand up to excessive demands aimed at harming the interests of our nation,” said Ebrahim Raeisi on Thursday.

He said Tehran would like the kind of talks which would result in an outcome.

“We will never renounce the Iranian nation’s rightful demand, i.e., the lifting of cruel sanctions,” said the president.

“Iranian people have always denounced the United States’ interventionist and bullying moves in the region, namely its recent behavior, and have always been thankful for the tactful and strong responses by the brave forces safeguarding the country’s dignity and independence and ensuring the Iranian nation’s interests.

“We will not step back from the Iranian nation’s interests and will pursue the lifting and neutralization of sanctions,” he said.