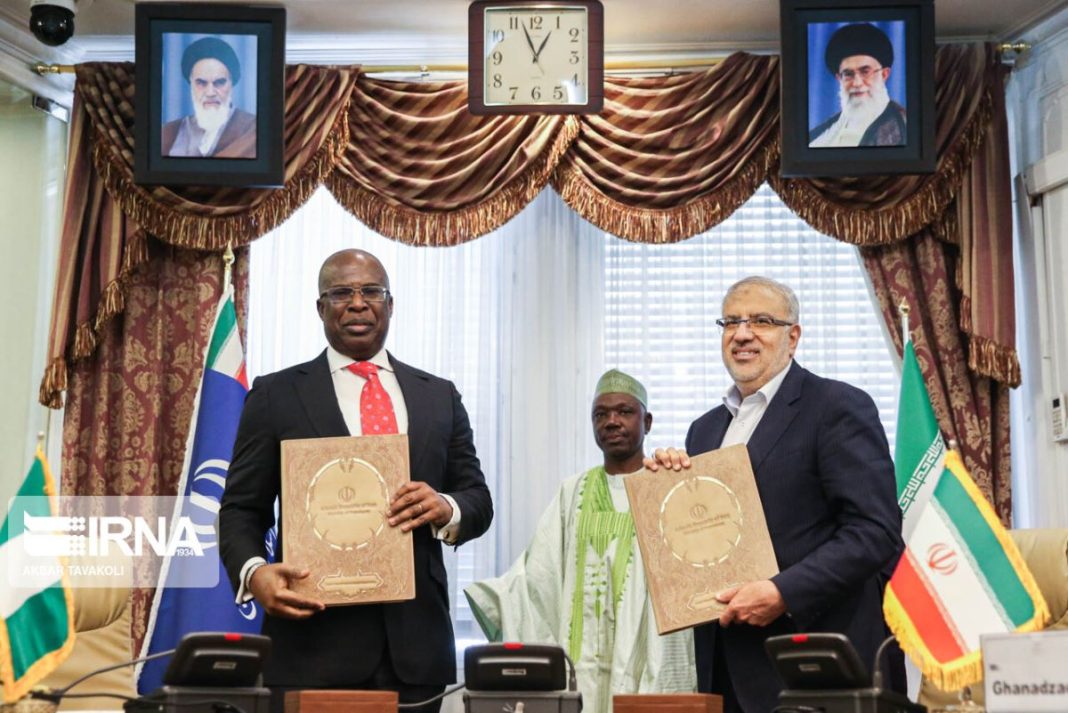 Iranian Oil Minister Javad Owji says he is hopeful cooperation with Nigeria in the energy sector will improve following the signing of several deals between the two countries.

The deals were signed on the sidelines of the summit of the gas exporting countries (GCEF) in Tehran.

Owji was speaking during a meeting with his Nigerian counterpart Timipre Sylva.

He added that he had constructive talks with the Nigerian delegation on the sidelines of the summit too.

Owji said Iran is capable of producing 1 billion cubic meters of gas and 4 million barrels of oil per day, noting that all oil and gas refineries in Iran are being run and maintained by Iranian experts.

The Iranian oil minister also said Iran and Nigeria have great potentials in the energy sector, adding “we hope the capacity will increase.”

Owji said both countries are members of OPEC and GCEF as well as the OPEC+, which paves the way for better cooperation between them.
Iran and Nigeria sit on huge oil and gas reserves.

Nigeria is the sixth largest producer of LNG in the world.