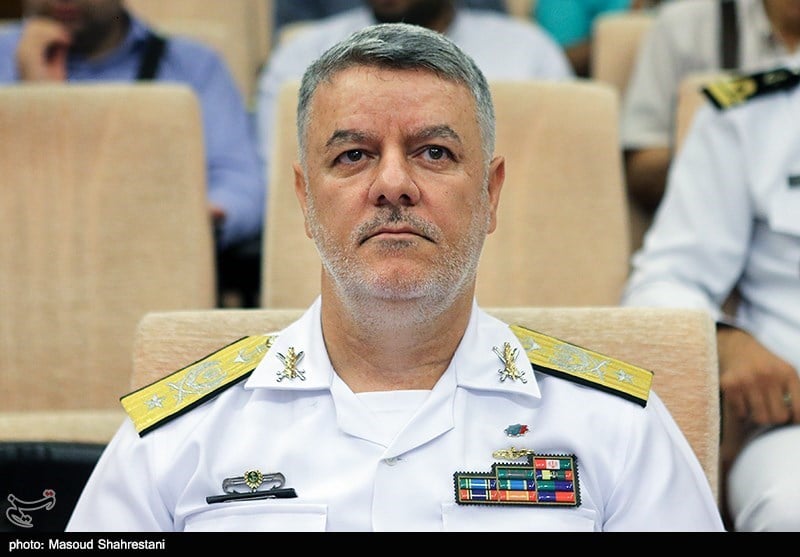 In his meeting with the new and outgoing Pakistani military attachés in Tehran on Monday, Khanzadi praised the growing relations between Iran and Pakistan, their navies in particular, and expressed the hope that the ties would further develop and that the navies would be able to ensure security of the Indian Ocean through regional cooperation and without the interference of trans-regional states.

He further stressed the need for the two countries’ navies to exchange experiences and said Iranians regard Pakistan as a “brotherly” country.

In his separate meeting on the same day with the Japanese military attaché, Khanzadi urged using the geographic, historical, geopolitical and technological capabilities of Iran and Japan.

He also pointed to the Indian Ocean Naval Symposium (IONS) 2018 held in Tehran in April and said that he had some meetings with the Japanese military officials attending the symposium and that Iran plans to further boost ties between the navies of the two countries.

The IONS 2018, attended by high-ranking delegations from 35 countries, was held on April 23 and 24 with an opening speech by Chief of Staff of the Iranian Armed Forces Major General Mohammad Hossein Baqeri.

During the two-day meeting, Iran officially assumed presidency of the symposium for two years.