Iran, Namibia Condemn Use of Chemicals in Syria 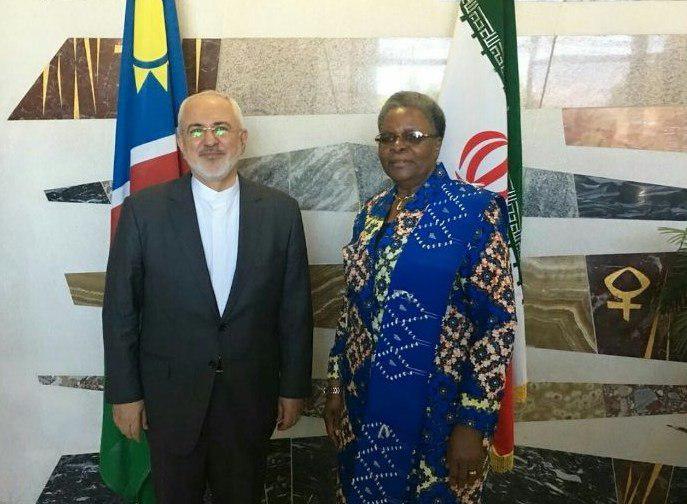 During the Thursday talks, the Iranian foreign minister highlighted the significance of Iran’s cooperation with Namibia in Southern Africa.

He then called for further enhancement of the two sides’ relations in all areas, especially in the field of banking, to facilitate the operation of Iranian and Namibian private sectors.

He also voiced the Islamic Republic of Iran’s preparedness to develop cooperation with Namibia in such fields as energy, water, construction, agriculture and new technologies.

Touching on the latest developments in the Middle East, he condemned the recent attacks by the Israeli regime on the innocent people of Palestine.

Zarif also underlined that political negotiation is the sole way out of the current crisis in Syria.

He then expressed concern about the awesome situation of people in Yemen and said fight against terror requires cooperation among all regional states.

For her part, the Namibian foreign minister welcomed any investment by Iran in agriculture and energy fields, particularly in renewable energies, in Namibia.

She also voiced her country’s support for the rights of the Palestinian people and condemned the Israeli army’s latest attacks on them.

She then vehemently slammed any use of chemical weapons in Syria and called for efforts to restore peace and stability to the country.

Namibia is Zarif’s last leg of his four-nation tour of Africa and South America which earlier took him to Senegal, Brazil and Uruguay.

He is heading a high ranking delegation including a large number of the CEOs of Iranian enterprises and companies.