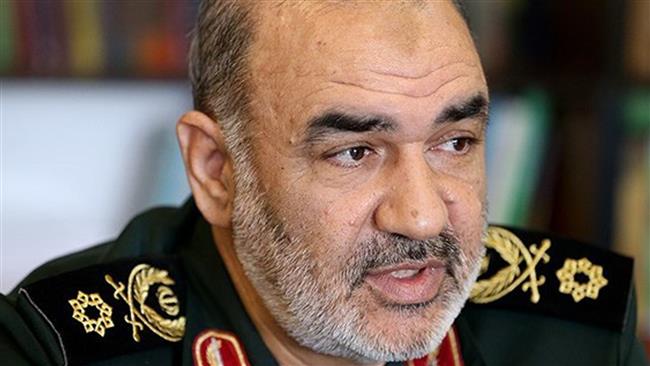 A senior commander of Iran's Revolution Guards says Israel should brace for "a special retaliation" for killing six Hezbollah members and an Iranian general in Syria.

“…We will certainly consider a special retaliation for this issue,” IRGC’s second-in-command, Brigadier General Hossein Salami told al-Alam on Saturday.

The commander also explained about plans to stretch the anti-Israeli battlefield, and open up a new front across the occupied West Bank.

“This is part of a new reality that will gradually unravel,” he added.

Salami said supporting Palestinian and Lebanese resistance fighters as well as creating new defensive infrastructure for Muslims living near the Israeli occupied territories have been and will be on Iran’s agenda.

On Sunday, an Israeli helicopter gunship fired two missiles at the village of Quneitra in the Syrian Golan Heights bordering Lebanon. Six members of the Lebanese resistant movement Hezbollah and an IRGC commander were killed in the attack.

Hezbollah has vowed its response to the attack will be extremely painful.