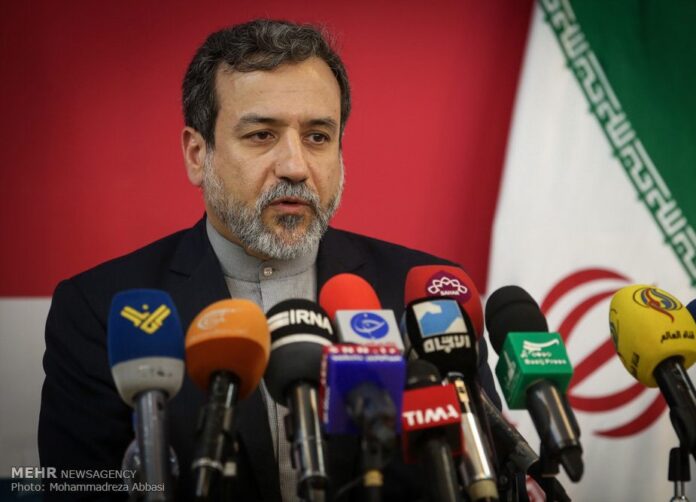 Seyyed Abbas Araqchi made the remark while talking to reporters on Friday following a meeting of the Joint JCPOA Commission held in Vienna.

“The extraordinary meeting of the JCPOA was held at Iran’s request to review the United States’ withdrawal from this agreement, the consequences of the US’ pullout, and whether or not the other signatories to the JCPOA are able to preserve the deal without the US and ensure Iran’s interests under the JCPOA,” he told reporters as quoted by IRNA.

“Before the meeting, we set up a working group to discuss sanctions, and had very intense talks with the experts of the European Union, the experts of the three European countries, and Chinese as well as Russian experts; also, we had the Joint JCPOA Commission meeting, which took three hours,” he further said.

“On the whole, I believe it was a good meeting because all parties to the JCPOA which have stayed in the deal announced their unified position on remaining committed to their obligations under the JCPOA; also, they expressed regret over the United States’ withdrawal from the deal and underscored the necessity of fulfilling Iran’s demands under the agreement and normalizing economic cooperation with Iran for the JCPOA’s survival,” the deputy foreign minister noted.

He said the European countries stressed their commitment to holding intense talks with Iran and added they are seeking to work out practical solutions to meet Iran’s demands in different areas, namely oil, banking, investment, trade, insurance and financial issues.

“Today’s meeting was a good show of willpower, and the signatories which have stayed in the JCPOA had a completely unified stance, and they emphasized that they would like the JCPOA to remain in place and want to meet Iran’s demands in the agreement,” he said.

“Our negotiations will continue at all levels in the coming weeks. Of course, expert-level talks take priority, so that we will be able to wrap up the discussions and get a clear picture of how the path should continue,” he noted.

“After these stages, then the Islamic Republic of Iran will decide whether or not to stay in the JCPOA,” he stressed.

“Our feeling is that the Europeans, Russia and China, as the remaining parties to the JCPOA, are serious [in their intention to stay in the nuclear deal.] They have come to the understanding that Iran’s interests should be respected if the JCPOA is to remain in place. They have shown their unity in supporting the JCPOA and emphasized that the normalization of relations and expansion of trade with Iran are an important part of the JCPOA,” said Araqchi.

He said the participants in the meeting showed their willpower to continue intense talks with Iran in order to secure a “cooperation package” in such a way that Iran will be able to reap the benefits of lifting the sanctions within the framework of the JCPOA.

Araqchi also touched upon the presence of Yukiya Amano, the director general of the International Atomic Energy Agency (IAEA), at the meeting.

“The purpose [of the meeting] was for the rest of the signatories [to the Iran nuclear deal] to stress their commitment to the JCPOA, and everybody thanked the IAEA’S professional work. Amano also highlighted that eleven reports by the IAEA the last of which was published yesterday confirm Iran’s compliance with the JCPOA,” Araqchi further said.

After US President Donald Trump’s withdrawal from the JCPOA, Iranian President Hassan Rouhani instructed the Foreign Ministry to hold negotiations with European countries, Russia, and China on whether or not they would stay in the deal.

Iranian Foreign Minister Mohammad Javad Zarif embarked on a tour that took him to China, Russia and Europe to hold talks on the JCPOA.

During his trip, the other signatories to the Iran deal reaffirmed their commitment to the JCPOA, promising to work towards maintaining the landmark agreement.