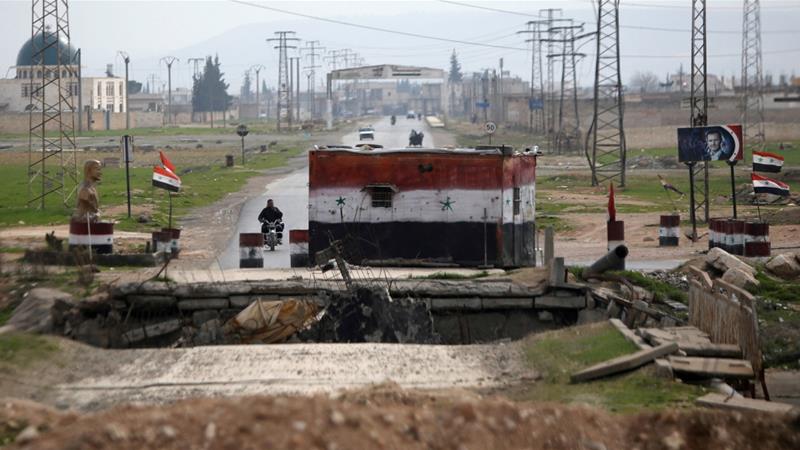 A senior member of the Islamic Revolution Guards Corps (IRGC) ground forces, who was working as a military advisor in Syria, has been killed in the Middle Eastern country. The body of General Abolfazl Alijani is to be transferred to Iran in the coming days.

General Alijani, who served as a military advisor in the war-ravaged country, was killed in the wee hours of Monday morning, reports said.

He was an IRGC ground force officer at the Amir Al-Momenin University of Military Sciences and Technology in the central Iranian city of Esfahan.

His body will be flown back to Iran in the coming days, reports added.

Iran maintains an advisory mission in Syria at the request of Damascus with the aim of helping the war-torn Arab country get rid of the foreign-backed militants who have been fighting against the democratically-elected Syrian government since 2011.

Lieutenant General Qassem Soleimani, who was killed in a US airstrike near the Baghdad International Airport in January 2020, played a key role in the disgraceful defeat of the Takfiri group.

Israel has been a key supporter of the terrorist groups operating on the soul of Syria and has targeted the positions of Iran’s military advisors as well as those of the Syrian army and resistance groups that have been fighting the terrorists.

The IRGC in March named two advisors — identified as Colonel Ehsan Karbalayi-Poor and Colonel Morteza Saeed-Nezhad — who were killed in a missile attack by the Israeli regime on the countryside of the Syrian capital Damascus.

The IRGC Spokesman Brigadier General Ramezan Sharif said at the time that the Israeli regime will be dealt with decisively for the killing of the two advisors.

“The Zionist enemy knows that it will not benefit from such crimes and will receive a decisive response,” he added.

The IRGC, in a statement, vowed to avenge the martyrdom of the two slain advisors.

“Undoubtedly, the Zionist regime will pay the price of this atrocity,” the IRGC’s Public Relations Office announced in a statement at the time.