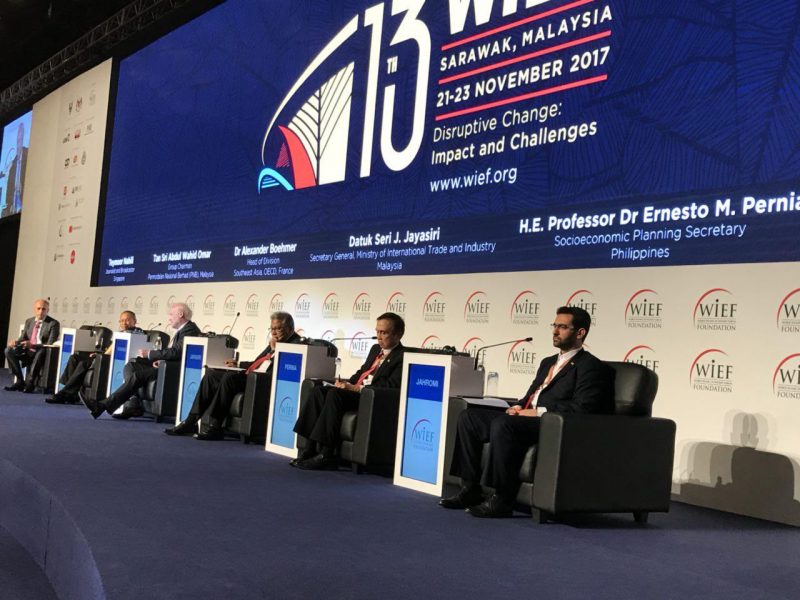 In a message on his twitter account, he wrote, “Today I along with a delegation comprised of representatives of Iran’s Central Bank and other Iranian banks as well as tradesmen from private sector arrived in Kuala Lumpur to take part in the World Islamic Economic Forum.”

According to a Farsi report by the Mehr News Agency, he went on to say since Iran-Malaysia Joint Economic Commission is affiliated with the ICT ministry, “we are going to hold talks with the Malaysian officials on ways to establish direct banking ties on the side-lines of the World Islamic Economic Forum.”

The Iranian minister also added the presence of an Iranian woman as Iran’s ambassador to Malaysia and her capability to activate economic ties between Iran and Malaysia is praiseworthy particularly “because the two sides didn’t have any regular relations in this field.”

He finally expressed hope that the good example of Iran’s embassy in Malaysia will be taken seriously and repeated in other Iranian embassies in future.

The 13th round of the WIEF was held in the Malaysian state of Sarawak from November 21 to 23.

In recent years, Iran and Malaysia have ramped up efforts to boost bilateral relations in all political and economic fields.