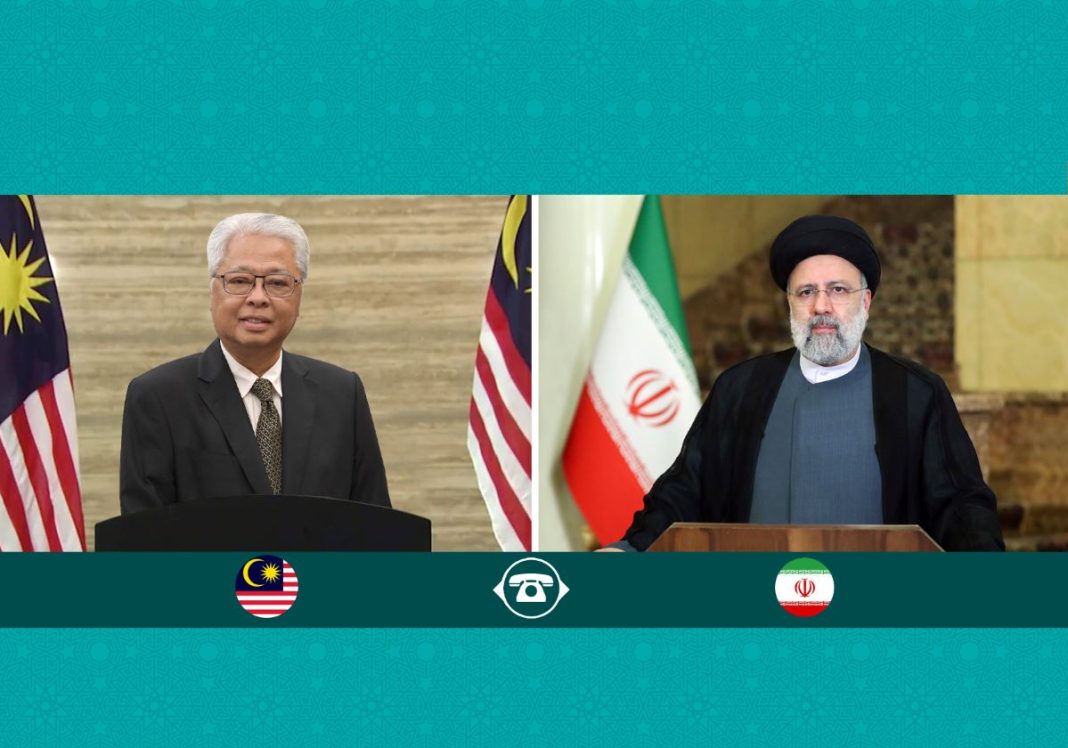 Iran’s President Ebrahim Raisi says the country is keen to improve relations with Malaysia, which he says has a special place in the Islamic Republic’s foreign policy.

In a phone conversation with Malaysian Prime Minister Ismail Sabri Yaakob on Tuesday, Raisi expressed hope that relations between the two countries would improve in political, economic, and cultural fields as well as with regards to science and new technologies.

The Iranian president said the level of bilateral trade between Iran and Malaysia was not proportionate to the available capacities for enhanced relations.

Sabri Yaakob also said ties with Iran were “cause for pride” for the Malaysian government and nation, and called the Islamic Republic “an important and influential country” and a major source of support for the Islamic nations.

He also expressed satisfaction with the increase in the level of bilateral trade and condemned the “cruel” sanctions on Tehran.

The Malaysian prime minister said there was a strong political will to further develop bilateral ties in various fields.