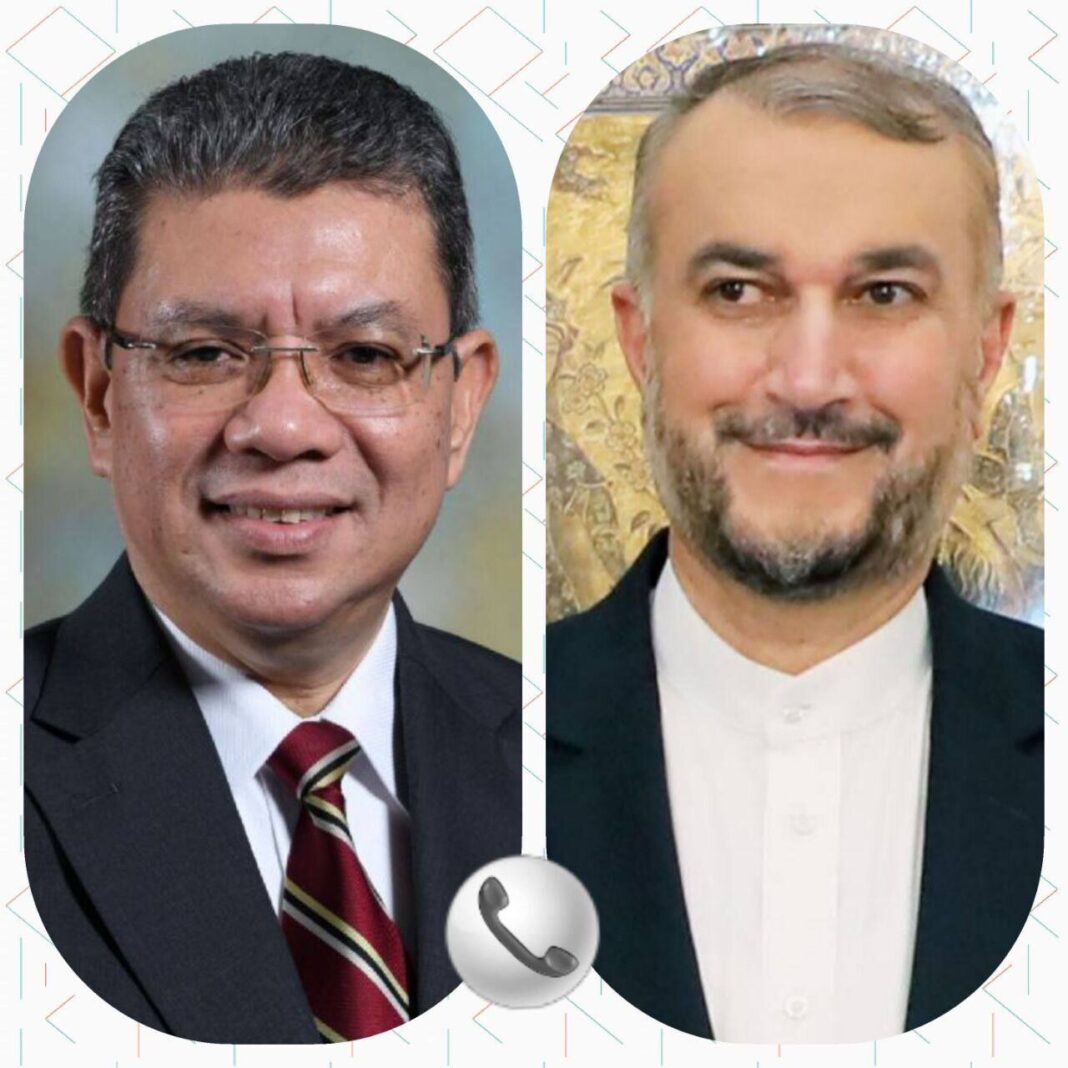 During a phone conversation which was described ‘friendly’ by Iran’s Ministry of Foreign Affairs, Amirabdollahian conveyed President Ebrahim Raisi greetings and invitation to visit Iran to the King of Malaysia.

Amirabdollahian clarified on the foreign policy of the new administration in Iran that takes priority over Asian countries.

The foreign minister said that Iran was ready to expand ties with Malaysia in all areas, including tourism, agriculture, technology, energy, science and university as well as finalizing the preferential trade agreement between the two countries.

Amirabdollahian added that the signing and implementation of extradition agreements and judicial assistance between Iran and Malaysia was important, highlighting the significance of prisoners swap between the two states.

He also thanked the Malaysian government for their support of Palestinian people.

The Malaysian foreign minister, too, conveyed the warm greetings of senior Malaysian officials to the President of the Islamic Republic of Iran and highlighted the warm, friendly ties between the two countries.

He said that all the existing capacities were prepared to further expand Iran-Malaysia ties in all areas, including agriculture, tourism, technology, and scientific and academic cooperation.

Abdullah added that Malaysia was aware of the difficulties caused by the sanctions imposed against Iran, adding that nuclear technology was Iran’s rights and he hoped that the talks to be held next week in Vienna to remove sanctions against Iran would be successful.