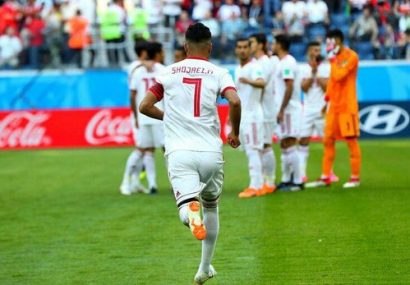 Iran are still well on track to qualify for the next World Cup, following their strong start in the second round Group C. This sees them drawn against Iraq, Bahrain, Hong Kong and Cambodia.

Following the opening four fixtures, they are sitting third in the group behind Iraq and Bahrain.

However, they do have a game in hand on both of them, so have a solid chance to draw points back to each side. They sit three points behind Bahrain and five behind group leaders Iraq at present.

Iran started the group stages as one of the favourites in the sports betting markets to gain progression. The opening fixture saw them take on Hong Kong in the Honk Kong stadium. It turned out to be an easy night for the visitors, with Iran winning the match 2-0. Azmoun put them ahead in the opening period of the match, before Ansarifard then guaranteed the three points with a goal early in the second half.

Iran then picked up a second consecutive victory in qualification, with a remarkable 14-0 home victory against Cambodia. This was a very impressive attacking display with seven different scorers on the night. Karim Ansarifard scored four, with Sardar Azmoun also netting a hat-trick.

Next up for Iran was a difficult away trip to take on Bahrain in the Bahrain National stadium. It was a close game throughout but it was the home side who took the victory and the three points, following converting a second half penalty. This loss instantly put some pressure on Iran moving into their next fixture.

Iran then had another difficult away trip, as they travelled to take on Iraq inside the Amman International stadium. This turned out to be a very frustrating night for Iran as they were beaten 2-1.

The home side had taken an early lead, before Iran responded in the first half. The game then appeared to be heading for a draw, before Masoud Shojaei saw red for Iran and the home side then picked up a late 92nd minute winner. This meant two losses in a row for Iran and much pressure on them to now get back to winning ways and push their chances of qualification.

Iran now have five games left to finish qualification, with the first being a home fixture against Hong Kong. They then travel to Cambodia and will be expected to win both of these games. Iran will then finish with three home fixtures against Bahrain, Oman and Iraq. They will be hoping the home advantage can help and will also be expected to gain that World Cup spot for 2020.