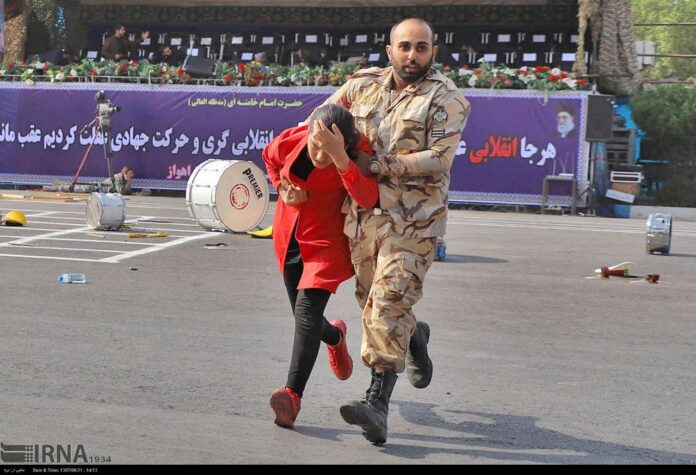 A top military official has urged Iranian citizens to identify the brave soldier who rescued many civilians by taking them away from the scene of a terrorist attack on a parade in southwestern city of Ahvaz on Saturday.

In his Instagram post, Chief of the Human Resources Department of Iran’s Public Conscription Organization Brigadier General Moussa Kamali praised the soldier, saying the soldier bravely rescued a number of civilians without being equipped with any special coverage or gun.

“Instead of taking shelter, the soldier decided to protect his compatriots,” he noted.

At least 25 people were killed and about 60 others injured after the terrorists affiliated with regional sponsors of terrorism attacked a military parade in Ahvaz.

The parade was held as part of a ceremony to mark the beginning of an imposed war on Iran by former Iraqi dictator Saddam Hussein in 1980.