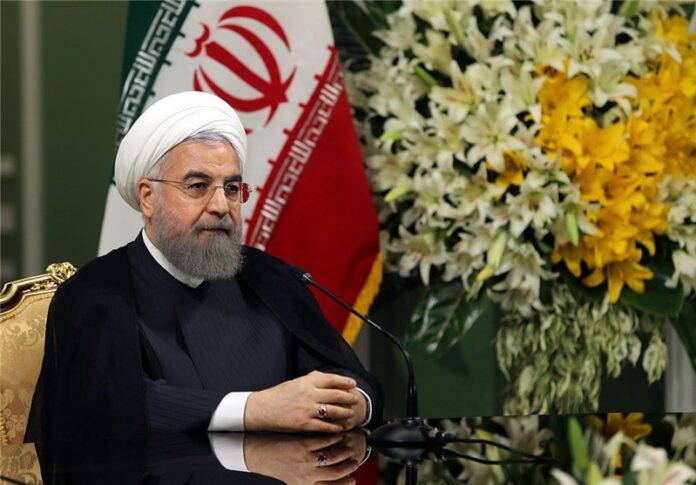 Iranian President Hassan Rouhani said the country has officially lodged a complaint with the International Court of Justice to reclaim nearly $2 billion in assets seized by the US government.

“The government of the Islamic Republic of Iran has officially filed a complaint against the US to the International Court of Justice for the confiscation and theft of $2 billion of the property of the Central Bank of Iran (CBI),” Rouhani said Wednesday at an iftar (fast breaking) function in Tehran.

Tehran has also called on the international body to condemn the anti-Iran move by Washington and demanded compensation for the damages, he noted.

“We should not remain silent in the face of the incident,” president Rouhani said, adding that Iran’s complaint with the International Court of Justice was filed on Tuesday.

He further made assurances that his administration will pursue the complaint until it yields results.

Speaking at a cabinet meeting in Tehran back in April, President Rouhani had denounced the US Supreme Court ruling on seizure of Iran’s blocked assets as “a blatant robbery and a major legal scandal for the US”, saying the move is indicative of Washington’s continued hostilities toward the Iranian nation.

“They (the Americans) should be aware that the rights of the Iranian people cannot be violated and plundered,” he said at the time, adding, “No thief can take pride in his theft and think what he has stolen belongs to him.”

On April 20, the US Supreme Court upheld the Congress and President Barack Obama’s actions to hold Iran financially responsible for the 1983 bombing that killed 241 Marines at their barracks in the Lebanese capital, Beirut.

The ruling allows the families of the Marines and victims of other attacks that courts have linked to Iran to seize some $2 billion in assets held in New York’s Citibank, belonging to the CBI, which has been blocked under US sanctions.

In 2012, the US Congress passed a law that specifically directed the American bank to turn over the Iranian assets to victims’ families. Obama also entered the battle in an effort to force the payments on Iran.