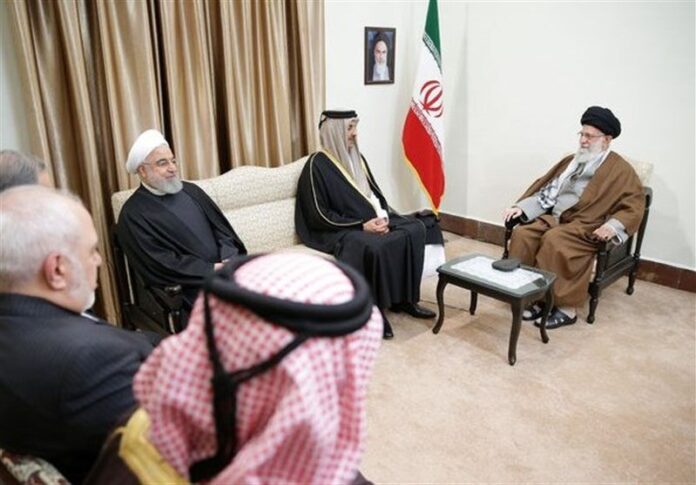 The Leader of Iran’s Islamic Revolution Ayatollah Seyyed Ali Khamenei says the United States and its friends are behind unrest in the Middle East, and regional states must reject its presence.

The Leader underscored Tehran’s readiness for more cooperation with regional countries in the face of what he called US malicious behaviour.

He warned that certain states coming from far away to the region do not want the expansion of relations between regional countries.

Ayatollah Khamenei called on regional countries to reject foreign interference in their affairs.

“Of course, some parties, especially those coming from the other part of the world, are reluctant to accept the expansion of ties between the regional countries, but it has nothing to do with them, and the countries and nations of the region no longer accept interventions,” underlined the leader.

The Qatari emir, for his part, called the situation in the region difficult, stating that Doha fully agrees on the need for increased regional cooperation and believes that comprehensive talks should be held between the countries of the region.

He also said that the joint commission of the two countries would be held in Iran in about three months and Qatar hopes the economic relations between Tehran and Doha will reach the level of political relations.

He expressed gratitude to the Islamic Republic for its support after Saudi Arabia and its allies imposed a trade and transport blockade on Qatar in 2017.