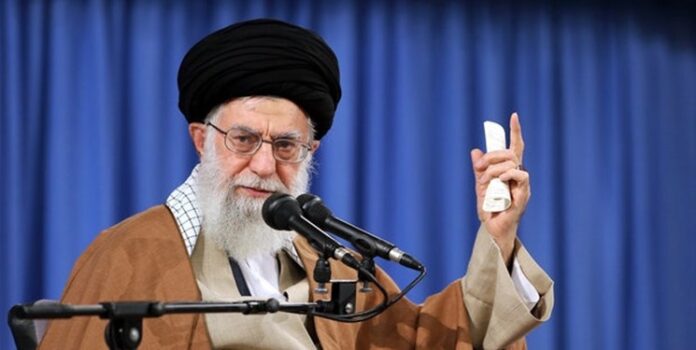 Iran’s Leader Ayatollah Seyyed Ali Khamenei has called on Muslim governments to provide military and financial support for Palestine and help the country rebuild the infrastructure destroyed during the recent clashes with Israel.

Ayatollah Khamenei made the remarks in a Friday congratulatory message on the “victory of the resistant Palestinian nation against the Zionist regime” of Israel.

The Leader said the Islamic world is religiously responsible towards the Palestine issue.
“Muslim governments must honestly step into supporting Palestine and provide military and financial support (which is needed more than ever) and help them rebuild the infrastructure and damages,” the Leader noted.

The savage and wolfish enemy correctly understood it is weak against Palestine’s rise, the Leader said in his message.

He pointed to the cooperation of the West Bank and East Jerusalem with Gaza Strip, and described it as a test that made Palestine’s future roadmap clear.

Ayatollah Khamenei said the Israeli regime committed big crimes in Gaza Strip and proved that it can show shameful and insane behaviours, so much so that unite the entire world against itself.

He said both the continuation of those crimes and asking for a ceasefire were considered a failure for Israel, and Tel Aviv was finally forced into conceding defeat.

The Leader also vowed that Palestine will become stronger every day while Israel will get weaker than this.

He said the time to begin and stop clashes depends on the decision of Palestinian leaders, but getting prepared for powerful struggle will never stop.

Ayatollah Khamenei referred to the “Sheikh Jarrah” neighbourhood’s experience of resisting the Israeli settlers and the Tel Aviv regime, saying that the experience must turn into a permanent instruction for Palestinians.