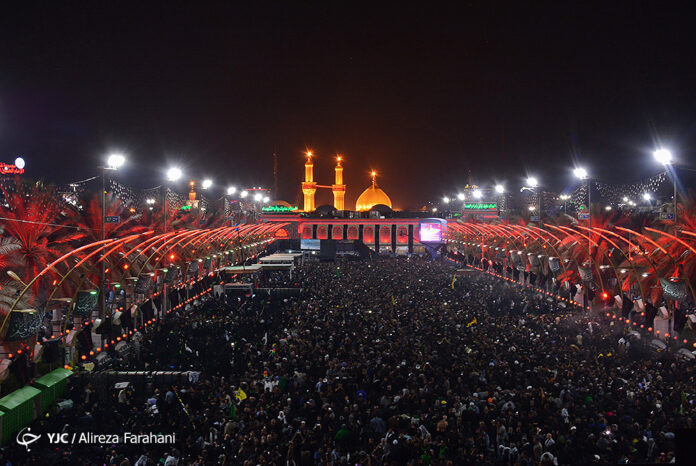 Iran’s Leader has praised the authorities who organized the “glorious and marvellous” Arba’een ceremonies, particularly the Iraqi government and security forces.

Addressing a host of officials and cultural activists in Tehran on Monday, Leader of Iran’s Islamic Revolution Ayatollah Seyyed Ali Khamenei expressed his gratitude to the authorities tasked with organizing Arba’een ceremonies.

“From the bottom of my heart, I thank the Iraqi government, which made the arrangements for this glorious event, and the dear Iraqi people, who sincerely and happily welcomed pilgrims visiting the Imam Hussein holy shrine [in Karbala],” the Leader said.

Ayatollah Khamenei also thanked the “combatant Iraqi youth as well as the Popular Mobilization Units and those who ensured the security of the event, and authorities in charge of holy shrines in Najaf and Karbala.”

He further hailed the Arba’een religious festival as a “glorious” and “marvellous” event.

The Leader said the mass rallies on Arba’een day show the spirit of struggle for the sake of God Almighty and preparedness for martyrdom across the Muslim world.

“The presence of such huge crowds [in Arba’een ceremonies] from different parts of the world despite terrorist threats is a grand phenomenon and indicate the promotion of the idea of fighting in the path of God and public readiness [to do so] in this path,” Ayatollah Khamenei noted.

He also described the divine and spiritual Arba’een rallies as “unprecedented” and “indescribable,” and once again thanked all those who organized the event.

Millions of Shiite pilgrims from Iran and other regional countries flock to the Iraqi city of Karbala every year to mark Arba’een, the fortieth day after the martyrdom anniversary of third Shiite Imam, Hussein in Ali (AS).