Iran Leader Says US Will Fail Like Cat in “Tom & Jerry” 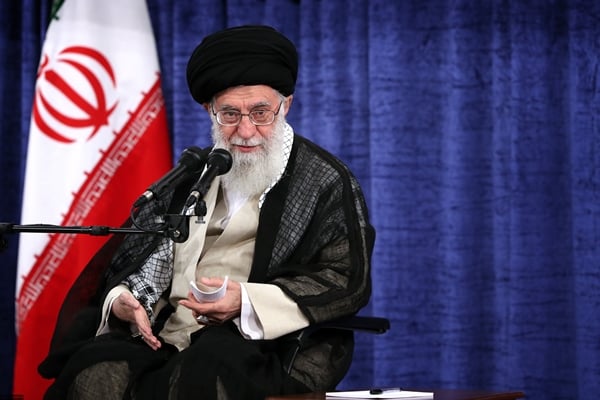 Ayatollah Seyyed Ali Khamenei, the Leader of Iran’s Islamic Revolution, has likened the ties between Washington and Tehran to the “Tom and Jerry”, saying that the Americans will ultimately fail "like the famous cat” in the animated series.

Addressing a meeting with government authorities and officials on Wednesday, the Leader said, “Since the beginning of the 1979 Revolution till today, the US has committed all kinds of animosity to hit the Islamic Republic and has plotted various political, economic, military and propaganda schemes against the Islamic Republic.”

“All these actions aimed at ‘overthrowing’ the Islamic Republic, a word which is repeated constantly, is not something new,” he added.

The Leader said “we have no doubt in the failure of the enemy; and anyone who is familiar with Islamic thought knows this.”

“The current US president will have no better fate than that of his predecessors, like Bush, the other Neocons, and Reagan; he and will be lost in history.”

Six Lessons to Learn from Past Experiences

The Leader went on to say, “The introduction to every decision is that we refer to our own experiences, if we do not learn from past experiences, we will surely be at loss. We have several experiences before us, as I refer to some salient examples, all of you will admit: these are important for decision making, today, and for the next generations.”

“The first lesson is that the Islamic Republic government cannot interact with the US. This is the first experience. Why? Because the US does not live up to its commitments. Don’t say this is only true for the administration of Trump. No! The previous administration in the US, with whom we had meetings and talks, behaved in the same manner, but they rejected the agreement in a different manner. They also threatened [us] and went against their commitments. This is an answer to all those who, repeatedly, over time asked me, “why don’t we negotiate with the US, or why don’t we develop relations with the US?”

“The second experience is related to the depth of the US’ animosity towards Iran,” the Leader noted, adding that the animosity of the US is not based on an issue like the nuclear issue, but it goes beyond such matters.” 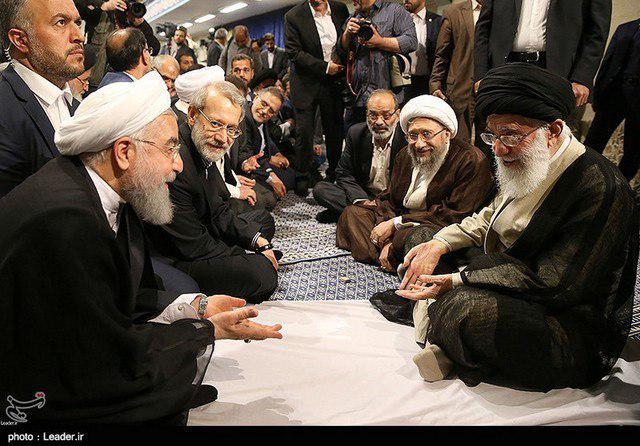 “The third experience is that flexibility with regard to this enemy will not make it less aggressive, but it makes it more aggressive. When the Iranian government at the time of George W. Bush showed some flexibility, the US named it [part of] the Axis of Evil. If you want to do something to reduce the animosity, do it; but it is not realized through flexibility and compromise.”

Referring to the fifth experience that consisted of the cooperation of Europe with the US on important issues, he stressed, “We do not want to fight Europe, but these three countries have proved that, on the most sensitive issues, they follow the US. The immoral behaviour of France as the bad cop in nuclear negotiations and the obstructionism of the UK in production of Yellow Cake were some examples.”

He then added, “The sixth experience is to never rely on the JCPOA and foreign matters for our domestic matters… we should not attach domestic matters to some affairs which are out of our control.”

“We must learn from our mistakes, and from our experience, and must not be satisfied with marginal effects. For example, it is said that the US lost face in this JCPOA business. That is right. But did we negotiate so that they lose face, or did we negotiate to lift the sanctions? Now they are saying that there will be secondary sanctions.”

“Or, it is said that the relationship between the US and Europe has deteriorated. But did we sit at the negotiating table for this? Of course Europe will not stand in the United States’ way,” he added.

“Let’s be realistic and not count on probabilities. It was said at the beginning of the negotiations that 100 billion dollars would enter the country. This was not true. Now, the insolent president of the United States sometimes even says that 150 billion dollars was given to Iran by them. What nonsense. When did you ever give us anything?”

He further noted that what we project about our interests must be true and told to the people clearly.

The economy of Iran cannot be resolved by the Europeans in JCPOA, the Leader said, adding that “there is much evidence. Some European companies have left. Some of them are leaving, or they say they are not sure if they will remain. The heads of European countries say different things.”

“For our economy, we cannot rely on JCPOA and the Europeans. These three countries acted against their word some thirteen or fourteen years ago; in the nuclear negotiations, they promised and didn’t keep their promise, now they should prove that they won’t repeat the same untruthfulness and prevarication this time.”

“During the last two years, the US violated the JCPOA several times, and Europe remained silent. Europe must compensate for that silence,” the Leader noted.

The continuation of the JCPOA is possible only if Europe provides the following concrete guarantees, the Leader stressed.

1- The US has rejected the UNSC Resolution 2231; Europe needs to issue a resolution against the US’ violation of it.

2- Europe must promise not to raise the issues of missiles and regional affairs of the Islamic Republic.

3- Europe must encounter any sanction against the Islamic Republic and explicitly stand to US’ sanctions.

5- European banks must guarantee trade with the Islamic Republic. We have no conflicts with regard to these three countries; but we do not trust them, based on previous experience.

“If the Europeans linger over our demands, Iran has the right to resume its nuclear activities. When we see that the JCPOA was useless, one way forward is to restart those halted activities.”

“Our enemy has placed the war room in the treasury department, instead of the Ministry of Defence. In the same way, we must place the entity for encountering the malignancy of this enemy in the economic centre of the government, and the foreign ministry must cooperate.”