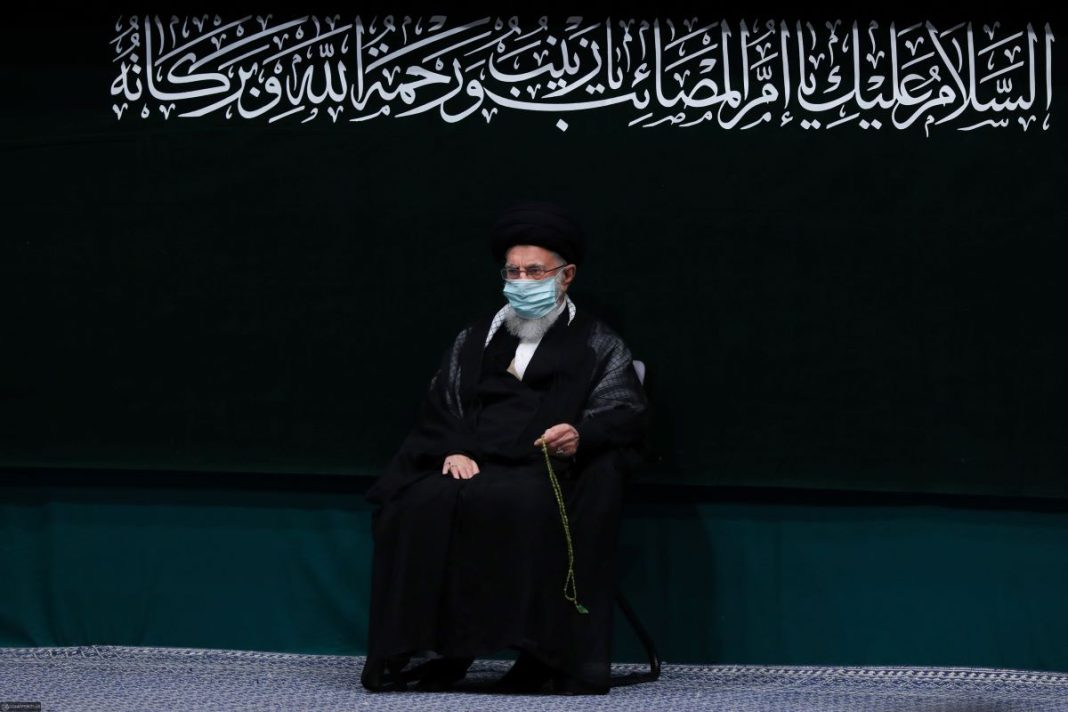 Leader of the Islamic Revolution Ayatollah Seyyed Ali Khamenei hosts a mourning ceremony for Imam Hussein, the third Shia Imam, as millions are marking Arba’een, the 40th day after the Imam’s martyrdom anniversary, in Iraq and elsewhere in the world.

During the ceremony on Saturday, which was joined by a group of Iranian students, Ayatollah Khamenei said the Arba’een ceremonies were held with more grandeur this compared to “any other period in history.”

The Leader said the “miraculous” Arba’een walk, which takes place annually in the lead-up to the occasion, was a symbol of the divine will to “keep the flag of Islam and Ahlul Bayt (the family of Prophet Muhammad) raised.”

Ayatollah Khamenei added that the Arba’een pilgrimage had also turned into a symbol of convergence among the faithful and the huge gathering of justice-seekers.

According to official figures, Iraq, which is home to Imam Hussein’s holy shrine, is hosting 20 million pilgrims, up from 17 million last year, for the pilgrimage, known as the largest peaceful human gathering on earth.

As many as five million Iranians are estimated to be among them.

Officisls say at least two million Iranian pligrims have returned home after visiting the Iraqi city of Karbala where the holy shrine of Imam Hussein is located.