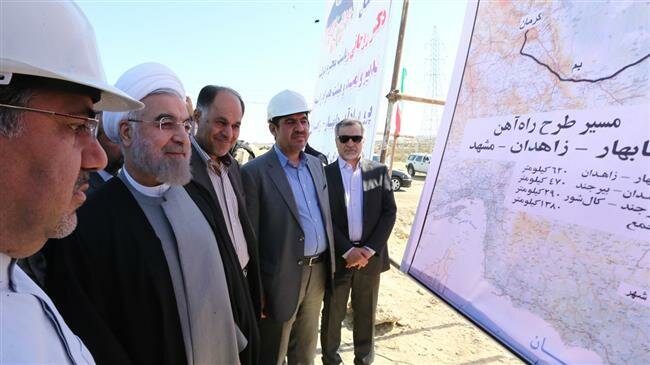 Mohammad Eslami said on Tuesday that the government had proposed drawing up from the fund to finance the Chabahar-Zahedan railway, a key link connecting Iran’s coastal areas on the Sea of Oman to the border with Afghanistan.

“We proposed tapping the National Development Fund to earmark credit to the Chabahar-Zahedan railway project which was approved by the Leader,” said Eslami, insisting that the project was a “national dream” as it could boost trade and economic activity in the relatively-deprived areas southeast of Iran.

The minister said last month that Iran had accelerated construction at its part of the Chabahar-Zahedan railway, a project where Indian companies are also contributing.

He had said that Iran’s value of investment in the project, which is expected to end by 2021, would amount to over $330 million.

India is a major partner in development plans for Chabahar as it seeks easier access to the markets in Afghanistan and Central Asian countries.

Iran also views the project a key element in its plans to complete a north-south corridor of railways which could have a huge impact on accommodation of trade from the India Ocean to Central Asia and Europe.

Iran needs to finish construction for a missing rail line between Rasht and Astara, located north of the country, to fully complete the corridor which is seen by many as the new Silk Road.

“Some countries want to build a replica of the Silk Road but they will never succeed,” said Eslami, while making a clear reference to China and its plans to open new trade routes to Europe and Central Asia through Pakistan and Kazakhstan.

“Iran is the main country on the Silk Road and we should use this potential,” he said.