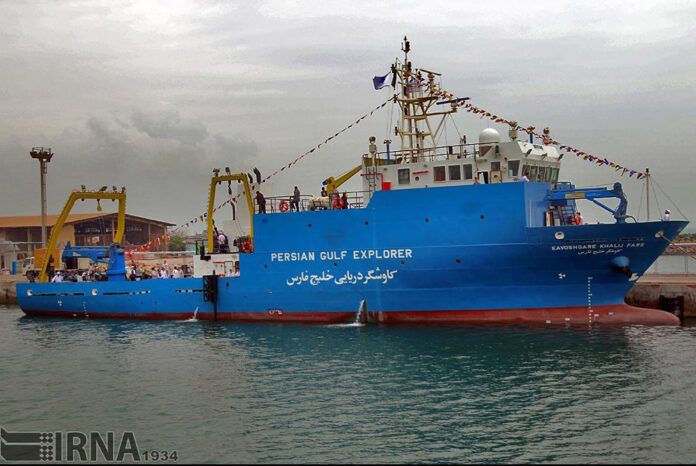 The first Iranian hydrographic and oceanographic survey ship, which has been designed and built by the Iranian Defence Ministry’s Marine Industries Organization, was officially put into the water during a ceremony in Bandar Abbas.

“The vessel is also equipped with three laboratories and two freezers,” highlighted the official, adding, “The ship has received approval from reputable domestic and foreign institutions and offers numerous applications in the field of physical oceanography, marine chemistry, marine biology, geology, sea geophysics, professional climatology including atmospheric and meteorology in addition to sea mapping,” Mehr quoted him as saying.

Rastegari went on to say that 85 mechanical, mobility, propulsion, electrical and electronics, navigation and telecommunication systems were embedded in the vessel; “a total of 150 industrial, research, academic and knowledge-based centres as well as various industry organizations of the Defence Department spent more than 300 thousand hours and carried out about 12 thousand administrative activities in order to construct the ship.

He deemed the project as a symbol of Resistance Economy, adding that “sanctions imposed by enemies led to this national achievement.”

Here are IRNA’s photos of the ceremony: