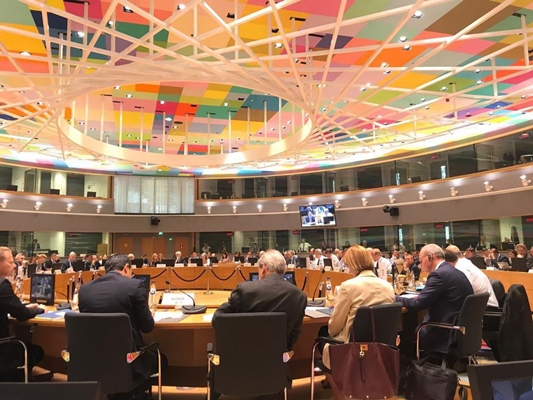 The European Union’s Foreign Affairs Council is holding its last meeting before the summer break, and “the longest one in five years”, with a key focus on the issue of saving the Iran nuclear deal.

Earlier in the day, France’s Foreign Minister Jean-Yves Le Drian said that Europe had to remain united in trying to preserve the Iran nuclear deal, and said Tehran should reverse its decision not to comply with parts of the accord.

“The Europeans have to stay united on this issue,” Le Drian told reporters at a meeting of foreign ministers in Brussels. Iran’s decision to reduce compliance with the deal that the United States abandoned last year was “a bad response to a bad decision,” he said.

In a statement on Monday, France, Britain, and Germany called for the resumption of dialogue and an end to the escalation over the Iran nuclear deal, amid heightened tensions between Washington and Tehran.

This is while Iran has scaled back some of its commitments based on the provisions of the deal itself and not in breach of it.