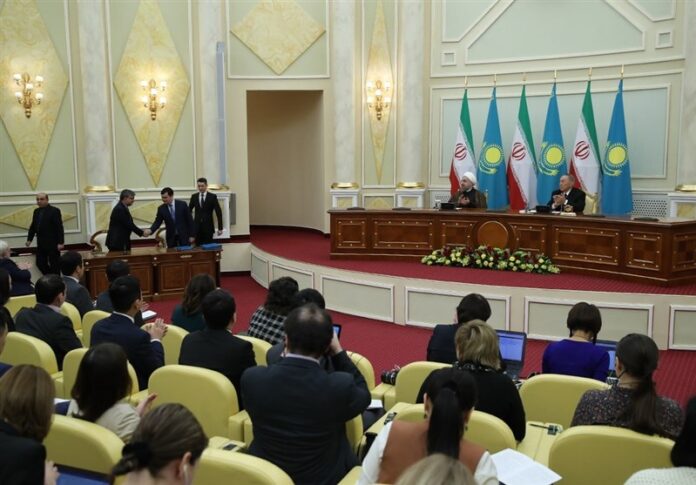 In a high-profile meeting in Astana, attended by the presidents of the two countries, officials from Iran and Kazakhstan signed five documents, including two agreements on livestock quarantine and cooperation in the Caspian Sea shipping industry.

The two sides also inked a memoranda of understanding on facilitation of reciprocal tourists travels and an MoU on labor and social welfare.

Moreover, the Central Bank of Iran and the National Bank of Kazakhstan signed another memorandum of understanding.

Heading a high-ranking delegation, President Hassan Rouhani arrived in Astana on Thursday morning and was received by his Kazakh counterpart Nursultan Nazarbayev in a formal welcome ceremony.

The Iranian president began a tour of regional countries by visiting Armenia on Wednesday. He is scheduled to visit Kyrgyzstan afterwards.