Iran to Join FATF by May: Central Bank Governor 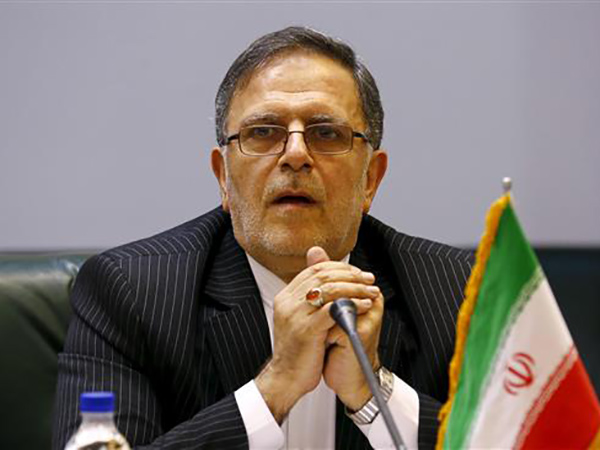 The governor of the Central Bank of Iran believes that the country will be able to meet the conditions needed to become a full-time member of the Financial Action Task Force when the organization takes up Iran's case in May.

“We have until May n to complete efforts needed to become an FATF member and with the planning and endeavors undertaken so far, we will achieve the standards required for membership,” Valiollah Seif also said in a talk with the Persian-language Khorasan newspaper, IBENA reported.

The intergovernmental FATF, which is the global standard-setting body for anti-money laundering and combating the financing of terrorism (AML/CFT), welcomed Tehran’s initiative to conform to its international standards in late June and called for a one-year suspension of restrictions.

On February 24, the organization issued a public statement, noting that “if FATF determines that Iran has not demonstrated sufficient progress in implementing the action plan at the end of that period, FATF’s counter-measures will be reimposed”.

However, “if Iran meets its commitments under the action plan in this period, FATF will consider next steps”.

Responding to allegations that Iran may be placed on the blacklist of uncooperative states, Seif said, “We never announced that the country has been permanently removed from the list, rather we have managed to have countermeasures against Iran suspended, which was an important step.”

The CBI governor reiterated that regulations and standards required to become an FATF member do not call for sharing sensitive information or appeasing the organization, but “are actions that ensure we will prevent money laundering within the banking system and not serve terrorists”.

Conforming to these standards and installing the necessary software not only work to make the country immune against “banking corruption”, Seif said, but will also prepare the grounds for Iran’s FATF membership.

FATF’s latest public statement prompted a senior lawmaker to lambast the organization, saying it will be illogical and unacceptable for the organization to “threaten Iran”.

“The conditions of FATF action plan have been defined, but if they reckon for any reason that Iran is not cooperating and put the country on its blacklist again, it would be unacceptable,” Mohammad Reza Pour-Ebrahimi, who heads Majlis Economic Commission, said last week.

Pour-Ebrahimi added that if the organization continues to treat Iran in this manner, the parliament would likely decide to end the country’s cooperation with FATF.

Seif, however, saw it unlikely that things will get to that point and said with the AML/CFT measures approved in the parliament so far, “we believe we can complete our efforts by [May] and join the FATF”.

In March 2016, the Iranian Parliament adopted an Anti-Money Laundering/Combating the Financing of Terrorism law and declared its high-level political commitment to implement an action plan. Iranian authorities have requested an assessment by the International Monetary Fund on Iran’s compliance with the AML/CFT regime against the FATF standards, which will take place late 2018.

Since 2015-16, Iran has also became an observer in the Eurasian AML/CFT group following the adoption of a high-level action plan with FATF.