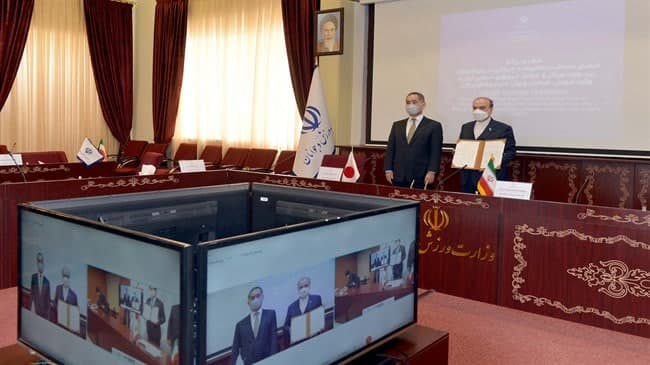 Iranian Sport Minister Masoud Soltanifar has signed a memorandum of understanding with his Japanese counterpart on expansion of future sports cooperation between the two countries.

The MoU was inked in an online ceremony attended by Kōichi Hagiuda, the Japanese minister of education, culture, sports, science and technology, and Japanese ambassador to Iran Aikawa Kazutoshi.

“Sport has always been a perfect opportunity to cherish and promote global values such as respect, collaboration, and common objectives among nations,” said Soltanifar.

“As history would tell, sporting events lay the grounds for positive changes in the societies,” added the Iranian minister.

“The ties between Iran and Japan have been based upon friendship and mutual understanding for the past 90 years,” Soltanifar told his counterpart, as he wished the agreement would contribute to “further cooperation between sport federations of the two countries”.

Hailing the Japanese efforts for the 2020 Tokyo Olympics, the Iranian official wished the organizers a successful experience in holding next summer’s Games.