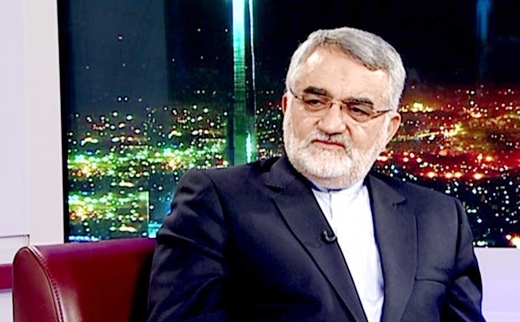 Alaeddin Boroujerdi, an MP, says that government needs parliament’s approval if it seeks to implement the Additional Protocol, even temporarily.

The chairman of parliament’s National Security and Foreign Policy Committee says the chamber is preparing a motion to authorize the country to resume enrichment if the other side fails to stick to the terms of the agreement.

Alaeddin Boroujerdi made the remark on a TV talk show on Saturday and added that Iran is seeking to have its rights to research and development recognized [by the international community]. The following is the translation of excerpts from his remarks on the TV program as reported by Tasnim News Agency:

As the Supreme Leader has said the country’s scientific march should not be stopped or slowed down. We want them [the other side] to recognize Iran’s right to R&D. When they seek to impose restrictions and we insist on our rights, they put up resistance and this slows the pace of the talks.

That the Americans insist on inspecting Iran’s military sites has multiple reasons: US acquisitiveness, pressures by the Zionist regime and Saudi Arabia, and the US willingness to unravel the secrets of Iran’s breakthroughs despite the hardships Iranian scientists have experienced. A high wall of distrust stands between Iran and the Americans, and the talks are lingering due to the obstacles standing in the way.

Parliament is a member of the Supreme National Security Council and can legally supervise the talks and the progress of nuclear issues. Following each round of talks, Mr. Araghchi is invited to parliament to brief the MPs on the talks. […]

When the talks began in earnest and the parties involved showed determination to move toward an agreement, the Zionist lobby stepped in and Saudi pressure came into play to prevent the talks from producing results. The fever of nuclear talks has gripped the US Congress because of such pressures. A letter by 48 US congressmen to Iranian officials on the nuclear issue was part of efforts to derail the talks.

Iran seeks to have all sanctions imposed by the UN Security Council and the US Congress and administration lifted all at once. Iran has laid down more requirements than any other country to ban nuclear weapons. If sanctions are not removed, Iran will put aside the restrictions it has accepted and will continue its program like in the past.

The US is insisting on suspending – not lifting – sanctions because the former is reversible, but the latter needs the approval of the Security Council. […]

The Americans claim that they will lift the sanctions, but it takes time. We contend that it takes time for Iran to limit its enrichment process. The two sides do not trust each other. We shouldn’t implement all restrictions, while they simply talk about the phased removal of sanctions. […]

The Lausanne agreement set the framework, but it is not legally binding. Iranian negotiators are expected to exercise vigilance when drafting the provisions of the final nuclear deal which will be legally binding.

Iran has always been cynical about the Americans. We expect the nuclear team to take into account the details of the provisions of the final deal so that the other side cannot back out. The Iranian team should convince them to remove the sanctions in keeping with what Iran has agreed to honor.  […]

It is unrealistic if we say sanctions have caused no problems. They have affected Iran’s economy one way or another, although the country has not faced serious problems in recent years. The establishment intelligently managed the sanctions. Thanks to sanctions, Iran creatively met its domestic demands. Sanctions have had some upsides, causing Iran to make progress.

Sanctions are to blame for 20 percent of the problems the country is grappling with. The remaining 80 percent has domestic reasons which can be solved through a resistance-based economy. […] Tying the country’s problems to sanctions is not a proper thing to do.

It is the responsibility of the Islamic Consultative Assembly to ratify the Additional Protocol. Temporary implementation of the protocol also needs parliament’s approval. […] Parliament does not allow inspection of sensitive military sites. It is the art of statesmanship of the Iranian team to convince the other side that they cannot inspect Iran’s military facilities. […]