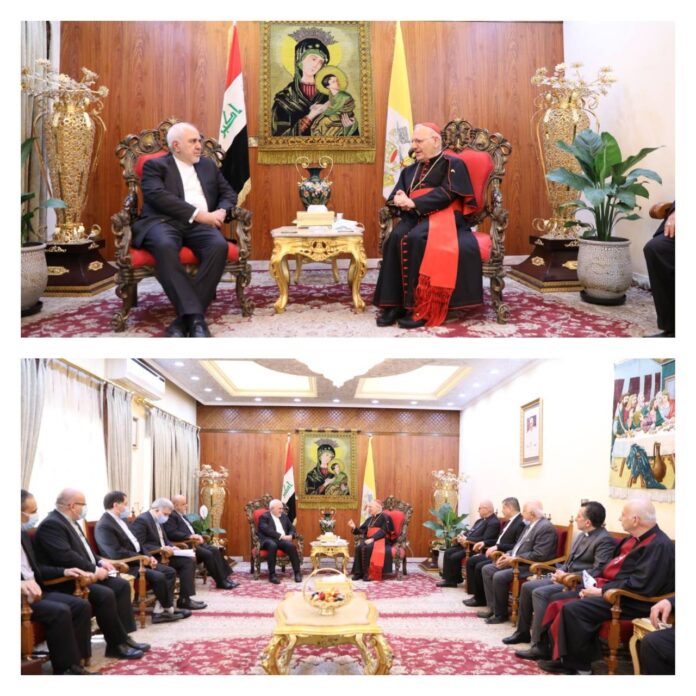 In the Tuesday meeting, Zarif highlighted the importance of relations between Iran and Iraq as two neighbouring countries.
He touched upon the status of the Christian community in both countries and added Tehran-Baghdad relations go beyond the conventional political ties.

He also described Iran-Iraq relations as necessary for the promotion of peace and security in the region.

He expressed hope Iran will manage to get the US sanctions lifted during talks in Vienna.